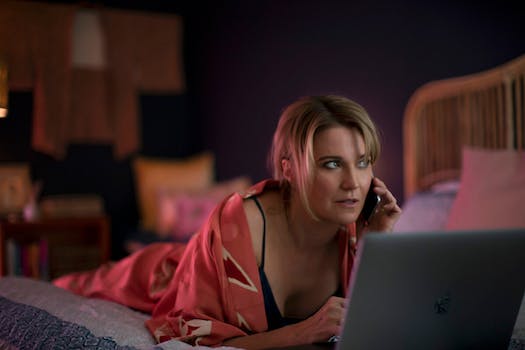 The best new shows to watch on Acorn TV

The streaming service boasts some serious offerings from the U.K. and beyond.

For American viewers, Acorn TV is an extremely useful guide to navigating foreign television. From Canada to the U.K. to Australia and numerous countries in between,

Acorn TV is something of a one-stop-shop. If you discovered an interest in British programming with Downton Abbey, Fleabag, Broadchurch, or Catastrophe, Acorn has many hidden gems to binge on. Between drama, mystery, comedy, and documentary, Acorn most certainly has something that will catch your attention. Better yet, most of the shows available through

Acorn TV comes with much shorter seasons than what American television has conditioned viewers to expect. That means less daunting time commitments and more time for curious viewers to try out a variety of shows. To help you get started, we combed through Acorn TV’s library to find a sampling of the best shows for you to watch right now.

Winner of the 2018 AACTA (Australian Academy of Cinema and Television Arts Awards) for best drama, Mystery Road follows Detective Swan (Aaron Pederson) and officer Emma James (Judy Davis) as they search for two missing boys. As with most mystery shows, Swan and James uncover more than they intended and their investigation may tear the community apart. Mystery Road is one of Acorn’s most acclaimed shows, and the second series is on the way in 2020, so now is the time to catch up.

Eschewing the shorter runs of many of the series available on Acorn, Doc Martin currently has nine seasons and 70 episodes on its resume. Martin Clunes plays Dr. Martin Ellingham, a top-flight but hemophobic surgeon whose affliction forces him from his cush job in London to the small town of Portwenn.

Doc Martin, as the locals affectionately call him, must deal with the quirks of his new neighbors. His crabby demeanor doesn’t jibe with the overly friendly attitude of the locals, leading to lots of laughs and charming disagreements. Doc Martin just concluded its ninth season in September.

Another crime drama about a small town disrupted by a mysterious death, Blood is set in a small Irish town and centers around the death of a prominent doctor’s wife. While everyone seems convinced that her death was an accident, Jim Hogan’s (Adrian Dunbar) own daughter, Cat (Carolina Main) is his biggest skeptic. As suspicions rise and secrets come to light, the truth about the Hogan family will be revealed. Blood is a thoroughly satisfying mystery.

If long-running procedurals are your thing, look no further than Midsomer Murders. Based on the Chief Inspector Barnaby series of novels by Caroline Graham, Midsomer Murders is set in the fictional Midsomer County. DCI Tom Barnaby (and later his cousin John) have their hands full as they work an endless caseload of murders. Midsomer is a lovely place, aside from all of the killing going on. Despite all of the death, Midsomer Murders mixes in enough humor to help lighten the mood. This is a show that knows how to deliver, and with 20 seasons on its CV, audiences are still under its spell, and the latest series arrives on Acorn in December.

Martin Clunes takes a break from the lighter Doc Martin to play DCI Colin Sutton in this true-crime drama. Manhunt is based on the 2004 murder of Amelie Delagrange and the ensuing investigation that led to the capture of British serial killer Levi Bellfield. With its focus on the investigative process rather than dramatic theatrics, Manhunt is a solid option for fans of crime stories.

My Life Is Murder

Starring Lucy Lawless, My Life Is Murder offers a new, edgy spin on the time-honored Australian crime procedural. After all, how many murder mysteries do you know starring a former warrior princess?

Former police officer Alexa Crowe turned in her badge, but her natural skills as an investigator simply can’t keep her away from a crime scene. When the police reach impasses in criminal investigations, they call her.

Crowe offers a much needed outside perspective when it comes to connecting the dots on all manner of murder mysteries. Plus, since she’s officially a civilian, she doesn’t have to do the whole “by the book” thing.

This Wales-set family drama centers on the owners of the Daffodil Dunes trailer park. The family patriarch Frank (Larry Lamb) is ready to cash in and sell Daffodil Dunes, but his daughter Carys (Caroline Sheen) wants Frank to hold onto it. Pitching In is just about the definition of easy-viewing, comfort food television.

It’s pleasant, the stakes aren’t perilous, and it gets by on its general likability and also stars the legendary Hayley Mills.

As the title implies, The Good Karma Hospital is a show that will lift your spirits and put a smile on your face. In need of a reset, Dr. Ruby Walker (Amrita Acharia) takes a new job in South India working at the eponymous hospital. While Ruby helps people, the realities of her new job (long hours and a lack of resources), challenge her both spiritually and professionally. The show’s optimism in the face of complex social issues is refreshing. Let The Good Karma Hospital staff heal you.

Along the same line as Queens of Mystery, Agatha Raisin is a light detective show that mixes plenty of laughs in with the clues. Ashley Jensen plays Agatha, an amateur sleuth solving crimes in this witty and charming show. While the mysteries are solid, the reason to watch Agatha Raisin is Jensen and the rest of the show’s charismatic cast. Agatha Raisin puts a premium on fun and it’s the kind of world you want to escape to.

As punishment, a brash and arrogant heart surgeon, Dr. Hugh Knight (Rodger Corser), is made to spend a year in his Australian hometown of Whyhope working as the town’s general practitioner. Like every show where a big city hotshot is sent back to a quaint place, The Heart Guy gets a lot of mileage out of Dr. Knight’s interactions with the eclectic locals. The Heart Guy (as it appears on the Acorn app), is a lighthearted show that offers pleasant viewing, a nice break from the heavier dramas in the Acorn library.

Along the same line as Queens of Mystery, Agatha Raisin is a light detective show that mixes plenty of laughs in with the clues. Ashley Jensen plays Agatha, an amateur sleuth solving crimes in this witty and charming show. While the mysteries are solid, the reason to watch Agatha Raisin is Jensen and the rest of the show’s charismatic cast. Agatha Raisin puts a premium on fun and it’s the kind of world you want to escape to.

This police drama is about a chief inspector Helene Bach (Helene de Fougerolles), and a pathologist, Raphael Balthazar (Tomer Sisley), who must learn how to make their conflicting personalities work in order to solve complex murder cases. Balthazar has a mischievous streak and operates outside the box, and that clashes with Helene’s by-the-book approach. Here, the plotting and performances elevate this French procedural.

Acorn is full to the brim with crime dramas, police procedurals, and murder mysteries, so it takes a lot to stand out from the pack.

Drawing comparisons to Broadchurch and Big Little Lies certainly helps draw attention to Keeping Faith. Eve Myles stars as Faith Howells, a woman whose life changes in an instant when her husband goes missing. Each step closer to finding her husband brings startling truths to light for Faith.

Sponsored: The Daily Dot receives payment for sponsored content. Interested in promoting your brand or product? Email us at [email protected] to learn more