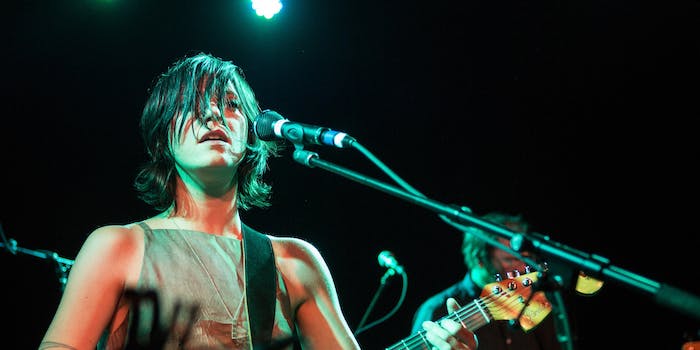 Everything that was good. Now U2-free.

At this point, it is perpetually adorable that Rolling Stone tops its annual bloated, wedding cake albums list with releases from worn veterans—in 2014’s case, U2 and Bruce Springsteen. It’s honest. Who doubts that those workmanlike, comfortable records were voraciously consumed by the staff? No one was pretending to enjoy Run the Jewels over there. There’s a crotchety frankness that I appreciate when reading that masterpiece of grossly stubborn criticism.

While we love lists, streaming culture continues to eat away at the idea of spending isolated hours with specific albums. And so, this makes the third consecutive year of the Long Player playlist—a mean-spirited megamix that this time spans 450 songs and 27 hours of the year’s most interesting and important Western music. That its contributors listened to and can stump for, of course. Let’s be honest, we all miss certain things.

But the emphasis here is on the playlist angle in that it spins A-Z in coherent fashion. We do it for the true pimps and players out there clocking long shifts in places that beget white noise and background filler. Let’s get to work.