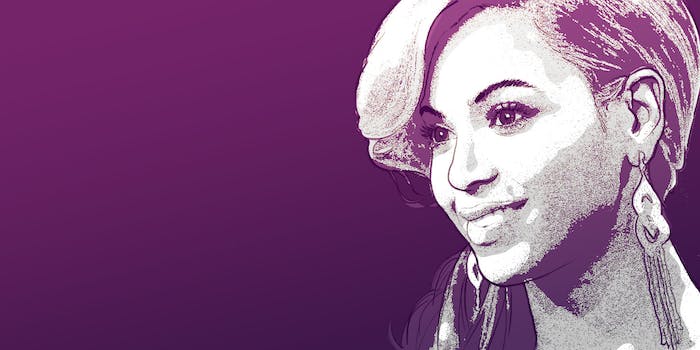 The best—and worst—music of 2016, according to the computers

From Beyoncé to Macklemore.

As we close 2016, we must bear the losses of true legends—David Bowie, Prince, Leonard Cohen, Bernie Worrell, Sharon Jones, George Michael, many more—and appreciate a great and important year in music. To do this, we must listen to the machines.

The event album reigned, from Beyoncé to Kanye West, while 2016 was also the true crossover into the streaming age—with Billboard blending streams with airplay and physical sales. And as with every year since Metacritic’s inception in 1999, in Black Mirror-like fashion, the whole of everything can be whittled down to a single rating.

Metacritic is a strange machine: Its “Metascore” even more so. On one hand, readers in discovery mode looking to avoid individual reviews from the likes of the New York Times, Consequence of Sound, and Pitchfork can cut right to the gristle: Exactly how good is album X, and will it be worth my time and coin? On the other slapper, Metacritic has consistently proved problematic, even hated. It’s seen by many as reductive, a victim of its own magic trick: A secretive mode of aggregation, where it refuses to reveal the “weights” assigned to each publication in its formula.

That secret sauce makes sense on the surface, particularly Metacritic’s intellectual property and proprietary issues. One can openly assume an obviousness of Rolling Stone’s scoring being “greater than” the Irish Times. But ultimately, what is considered good music on the algorithm does seem to carry some cultural bias that defaults to academic, largely white and male singer-songwriters.

Nonetheless, we dive into what Metacritic deemed the best and worst records of the year, using both their hard 2016 Metascores and their media mention list.

Coming in at No. 1 (by score) and No. 5 (by media) Nick Cave and the Bad Seeds’ tragically raw and gorgeous masterpiece and tribute, Skeleton Tree, ranks as Cave’s best work to date–currently ranked eighth in Metacritic’s all-time releases by score. Tragically, Cave’s 15-year-old son Arthur perished in a falling accident during the recording of the Australian alt-rock band’s 16th full-length. It’s a tight 38 minutes, but feels emotionally spacious and full.

Directly influenced by Kendrick Lamar’s To Pimp A Butterfly (!), the jazzy and melodic Blackstar was intended to be Bowie’s “parting gift” to his legion of fans, a thank-you for choosing to stay on his incredibly wild rollercoaster of a career. The album’s release was meticulously arranged during the 18 months of living with the cancer that would take his life. Simultaneously tender and esoteric, Blackstar, far and away the most mentioned by media, feels like a warm hug goodbye.

Coming in at No. 2 in both Metascore and media mentions, Lemonade is actually the album of the year, in a vacuum. A near-perfect project, and her best work to date, it’s a political and personal tour de force, while also affirming blackness, hers and others. Arriving with a video component from the outset put an instantly voyeuristic patina over the event–she intended you to take everything literally.

Leonard Cohen – You Want It Darker

Like Bowie, Cohen knew he was dying. Like Bowie, the “Hallelujah” singer/songwriter chose intimate reflection, rummaging through a life of sins and joys. “Treaty” and “Leave the Table” show a broken man with a whole soul, duct-taped together yet fully reconciled to his condition.

Ranking No. 3 in media mentions, arguably the premier R&B singer of our time dropped a sprawling gem in Blonde, absolutely crushing the hype following his genre-changing debut, Channel Orange. Ocean’s greatness lies in near complete self-awareness. He teased the project via livestream, where he literally performed carpentry, and that gesture pointed to what the Quietus’ Tara Joshi noted: “the clash between immediacy and actually living your life is seemingly very much on Ocean’s mind.”

Seattle Seahawks quarterback Russell Wilson, bobbing his head to “Downtown” in a pool during that dumb Bose commercial, should’ve given you indication.

What a downer, for such an upbeat record. Expecting a bounce back to 2005 breakthrough Silent Alarm’s urgency and volatility will leave listeners disappointed at these tightly leashed sounds. Hymns lacks the band’s prior immediacy, and languishes in uncommitted overextension.