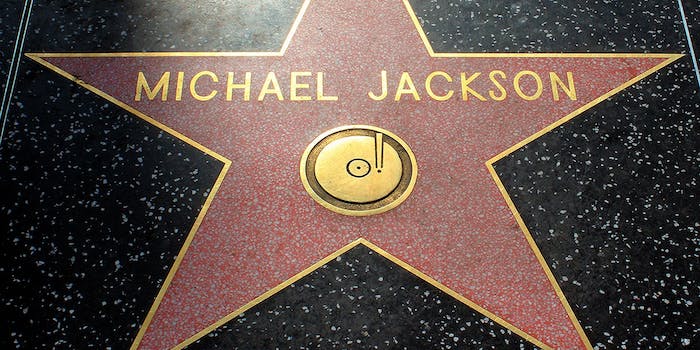 The legend may have passed, but his influence knows no bounds.

Today marks the sixth year the world had to endure without the awesomeness of Michael Jackson. Arguably the biggest and best pop artist who ever lived, Jackson dedicated more than 40 years of his life to his craft, all that time gifting his fans with awe-inspiring dance moves and a sizable collection of hit songs.

Say what you will about him; Jackson will always be remembered as the King of Pop, and as of this writing, no one has come close to taking the title. To commemorate this talented genius, we’ve rounded up the best Michael Jackson covers performed by some of the musicians he has inspired in some way or another.

Given that this band comprises siblings, just like the Jackson 5, it seems pretty perfect that they chose to do an a cappella cover of a song that features a young Michael Jackson.

“Beat It” is the bees’ knees. It’s one of Jackson’s coolest and most memorable songs, and one that is pretty hard to duplicate. Which is why we appreciate the originality in Pomplamoose’s rendition of the opus:

Another equally captivating take on the song is by One O’Clock Trio, who gave it a beautiful bossa nova spin.

Even though the partnership that once raked in a bunch of awards for being the best duo from 2011 to 2014 is now no more, this live rendition of another popular Jackson track reminds us of their combined talent.

This is one of Jackson’s most covered songs, so of course we’ve got another awesome one for you, this one by guitar wizard Sungha Jung.

If you grew up in the ’90s, you probably remember this song thanks to its music video, which featured some mind-blowing visual effects. This cover—which features a full band and a female vocalist—does a great job in paying homage to the original arrangement of the song.

Just like “Beat It,” “Dirty Diana” features Jackson’s predilection for rock music. This cover by British singer-songwriter Tanika strips it down and evokes all the necessary emotion.

If you miss the full band experience the song provided, consider this live recording of Bruno Mars (who many say is this generation’s Michael Jackson) covering it:

9) “I Want You Back” by Straight No Chaser ft. Sara Bareilles

If you’re starting an a cappella group, make sure to have “I Want You Back” in your repertoire. Believe us, if done right—the way Straight No Chaser did, with a little help from Sara Bareilles—it will sound amazing.

This video actually hits two birds with one stone. Not only does it remind us that Jackson is a great balladeer, it also reminds us that ’90s Mariah Carey is our favorite Mariah Carey.

If you have a Michael Jackson playlist saved up for a rainy day, this acoustic gem needs to be included. Not just because “Man in the Mirror” is the ultimate Jackson anthem, but also because Morrison has a voice that melts like butter.

If you need a more visual reminder of Morrison’s talent (and let’s face it, hotness), here’s a video of him performing his cover live in 2009:

YouTube is full of videos from one-man bands that showcase a person’s ability to do it all. This one done by Mike Tompkins certainly hits the mark of greatness. The fact that he decided to make it to commemorate the loss and legacy of his idol is just an added bonus.

This stripped-down version of a dance classic is made of pure win. There’s really no need to elaborate.

When this cover came out in 2001, a lot of people probably thought it was an Alien Ant Farm original.

That just means they did a pretty good job doing justice to a Jackson classic, one that has a music video you must watch ASAP.

You’ve got to love Mars’ instant response to a request made for any Michael Jackson song. He originally intended to do “Beat It,” but decided to go for another Jackson dance hit. It’s short, but incredibly sweet.

If you want to kick it up a notch, Kawehi wows with this super-impressive, beatbox-laden version of the Jackson track. (We want to be as talented as you, Kawehi.)

Although this song is noted as one of Jackson’s more controversial pieces, it’s got a beat that inspires an inner rock-out. Begin your sound trip with an instrumental rendition by 2CELLOS:

When you’re done with that, shift to this “Africanized” version by Alex Boye:

Jackson’s most iconic song had a music video featuring the artist as a werewolf as well as other horror film elements. Naturally, Imogen Heap’s haunting rendition of the hit resonates well with those who love the song:

If you’re a fan of awesome guitar work, we really like the way Corey Heuvel went strum-crazy while singing the track:

Remember the film Free Willy? Then you probably remember its iconic and tear-jerking theme song, which Boyce Avenue did a pretty amazing job remaking:

23) and beyond Miscellaneous Michael Jackson tributes by various artists

We love a good Michael Jackson medley, so we wanted to make sure that we covered a few of our favorites before ending this roundup. This one performed live by Chaka Khan and her band is simultaneously heartwarming and heartbreaking, making it the perfect video to watch on the anniversary of Jackson’s death.

However, to really end on an inspiring note, we’d like to celebrate the legend with a pleasantly entertaining mix of Jackson hits, arranged by Kurt Schneider and sung by Sam Tsui.