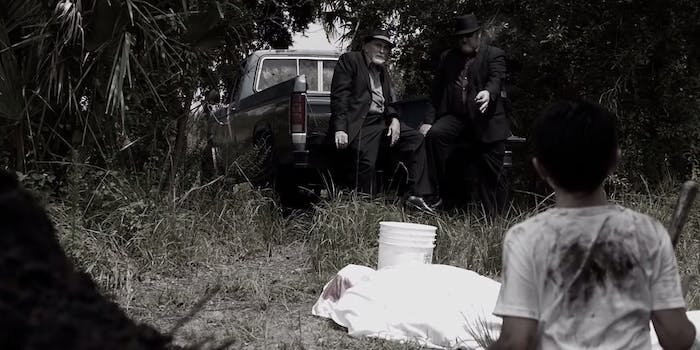 They won't be accused of stealing your time.

If there is one genre that hasn’t been fully exploited by the makers of webseries, it is that of crime. And there are clear reasons for this: the proliferation of crime in film has created a certain expectation for what it should look like on screen, and this portrayal is expensive; anything less and the results look cheap and hacky. So with the costs for obtaining specialized props and creating action scenes that avoid cheese beginning to mount, independent producers give up on their heist series and go back to their show about four twentysomethings talking and sharing a flat in Brooklyn.

But scarce as they may be, those that do dabble in the genre are out there, and when they don’t overreach, they can actually be pretty good.

So here’s a list of five series that deal with the lower reaches of society that won’t be accused of stealing your time. Warning: For full enjoyment, you may have to brush up on your Hindi.

For those who already find the actual story of James Joseph “Whitey” Bulger to be almost unbelievable—FBI informant indicted for 19 murders and then on the lam for 16 years—this “fictionalized reality” may verge on ridiculous.

But if you persevere, you will not find the amateurish schlock-fest that you may expect. Instead Jeff Hennessy’s Whitey is a “slightly embellished” but tightly scripted study of a man who for 12 years was second only to Osama bin Laden on the FBI’s Most Wanted list.

Oh, you say, but isn’t there a Johnny Depp movie on the same guy coming out soon? Sure, we say, but wait for that at your peril. It looks just about as good as everything else Depp has done in the past five years.

If the way that BTK was caught teaches us anything—asking the police whether it was safe to taunt them via floppy disk and then leaving ID information in the metadata of a .doc file—it’s that there is room for humor in even the most sickening of crimes.

Burt Grinstead’s ham-fisted gumshoe thankfully doesn’t usually have to deal with crimes on the scale of Dennis Rader’s, but while he can’t find a clue to save his life, he uses his powers of ratiocination to uncover puns in even the most unlikely places.

Lovers of Frank Drebin will know the show’s arcs and zings intimately, and a well-meaning idiot is a stock character that anyone can enjoy. Sure, Grinstead’s no Leslie Nielsen, but who is, or who ever could be?

3) Psych of a Psycho

If you are able to put the irresponsibility of rashly diagnosing people (real or otherwise) with a mental disorder to the back of your mind, then there is plenty to like about this Vanity Fair series.

FBI Agent Candice DeLong (who worked on the Unabomber case) spends a few minutes analyzing the likes of fictional villains Michael Corleone, Walter White, and Frank Underwood, hoping to dig up some psychopathic tendencies. The title of the series robs it of any mystery concerning the diagnoses, but it’s nevertheless always a thrill to watch a young Michael shooting both Sollozzo and McCluskey in the face.

Central character Dan Murphy is billed as an “ex-Mob enforcer [who] spends his retirement killing the scum of the Earth,” which quite succinctly sums up the central premise of the series: The two episodes produced so far feature a detailed torture session involving a pedophile. And while accusations against Necessary Evil concerning the glamorization of violence may be somewhat compelling, this series is more than just some teenager’s wet revenge-porn dream.

It’s also a neat examination of the legacy of a father’s sins and a questioning of whether evil is born or created. Trust me, it’s there—right under the guns, sadism, and babes.

The producers of The Regular Guys (C.E.K.R stands for Call, Earn, Kill, Repeat) are calling it India’s first crime webseries. And while it displays its influences in plain sight—the central characters are obsessed with “English” crime movies, and posters of Scarface and The Godfather are displayed prominently—it is still very much of its own place. The mysterious Azhar, for instance, is a dead-ringer for cricketing superstar Virat Kohli, and the best demonstration of his power has nothing to do with weapons and everything to do with his ability to go straight into bat at a pick-up game.

That each episode features dozens of locations is testament to the energy of the producers; it has clearly been shot quickly and cleanly, and as such the action flows. But you sort of wish that they spent a little longer in the edit room, the sound being horrendous and no small obstacle to the show’s enjoyment. Luckily it’s subtitled though, so there’s no great loss to turn off the Hindi and immerse yourself in probably the only webseries out there dealing with illegal Delhi call centers.