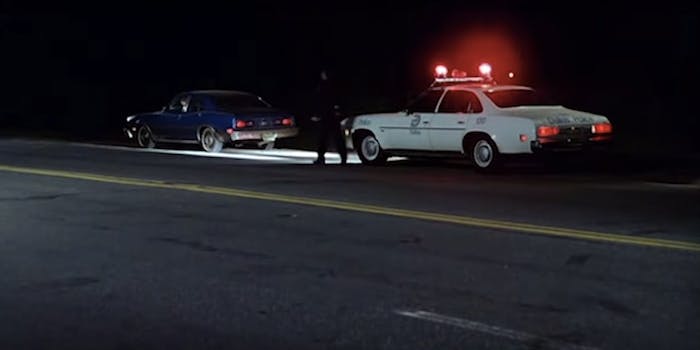 If you liked Netflix’s ‘Making a Murderer,’ stream these 7 movies online

Fans of 'Serial' and 'Making a Murderer,' meet your newest addictions.

Making a Murderer has proven the perfect antidote to our post-holiday blues. The documentary series, which dropped on Netflix in early January, has followed in the footsteps of Serial as our true-crime obsession du jour. In 2003, Steven Avery was exonerated of a sexual assault charge after spending nearly two decades in prison for the crime, just to be charged with the murder of Teresa Halbach. He would again be convicted.

Chances are likely you’ve already binge-watched your way through the gripping series (if not, what are you waiting for?). But whether you’ve already finished or are still getting caught up, here are seven other documentaries that will also suck you in immediately. Fans of Serial and Making a Murderer, meet your newest addictions.

Errol Morris’ 1988 landmark is, in many ways, the preeminent true crime documentary. Morris, the director behind such genre classics as Gates of Heaven and The Fog of War, turned the unblinking eye of his camera toward potential abuses in the criminal justice system. In 1978, 16-year-old David Ray Harris picked up a hitchhiker (Randall Adams, 28), while driving a stolen car. After discovering the vehicle was hot, a police officer pulled the pair over and was subsequently shot and killed.

Harris would go to prison for the murder, but as Morris’ documentary shows, that doesn’t mean that justice was served. Interviewing eye-witnesses, judges, and prosecutors on the case, Morris offers a searing indictment of a system that would rather find someone easy to blame (a juvenile with less to lose) than to ascertain the truth. Thirty years later, The Thin Blue Line—which is part documentary, part reenactment—still manages to make your blood boil.

2) The Act of Killing (Netflix)

Most true crime documentaries look at cases of individual killings, but what makes Joshua Oppenheimer’s The Act of Killing so compelling is that it shows how easily society can be complicit in grave, unspeakable injustice. Produced by Werner Herzog and Morris himself, Oppenheimer interviews former members of Indonesian death squads, those responsible for the killing of 500,000 during the overthrow of then-President Sukarno. In one of the most audacious documentary techniques ever, these men act out their crimes by recreating them as scenes from classic Western and gangster films. The Act of Killing is simultaneously a clever critique of movie violence and a sobering look at our collective cultural sins. It’s a flat-out masterpiece.

Capturing the Friedmans is a difficult movie to write about or recommend, simply because the less you know about it going in, the better. Director Andrew Jarecki is best known for directing The Jinx—the HBO docuseries that led to the arrest of Robert Durst, after the accused murdered famously confessed on camera—but this is still Jarecki’s finest hour. Jarecki’s feature debut (he’d previously been the composer for Felicity) deals with dueling sexual abuse allegations in an upstate New York family. Both a father and son are accused of sexual abuse, and the movie weaves between interviews with their accusers and home footage the two filmed during the trial. Capturing the Friedmans is both riveting and completely unforgettable.

The unbelievable romance between Burt Pugach and Linda Riss, a Bronx beauty 10 years his junior, is the kind of thing you can’t make up—nor would you want to. Pugach was still married to his first wife when the pair struck up an ill-fated romance in 1959. Riss ended the courtship after learning of his marital status, but the obsessive Pugach couldn’t accept her decision. He hired goons to disfigure her by dousing her face with lye, ensuring that she would never be able to leave him—as he would claim. Pugach would serve 14 years in prison for the attack, but the strategy surprisingly worked: When he was released, Riss was waiting for him. The two would later author a book together, called A Different Kind of Love Story.

The two were married for nearly four decades, as their relationship continued to make national headlines. But what makes the movie so effective is that it treats their story as more than just tabloid fodder: Directed by Dan Klores and Fisher Stevens, Crazy Love is a disturbing psychological drama that paints a portrait of an era when women facing abuse like Linda Riss had few options but to stay. Their relationship might seem unusual, but there was nothing weirder than being a woman in America.

Man on Wire is the rare documentary that asks you to root for the criminals. In 1974, Frenchman Philippe Petit broke more than a few laws in pursuit of an impossible dream—walking on a tightrope between the Twin Towers. James Marsh’s film is an incredibly gripping nail-biter that’s paced like a thriller. That’s why it’s unsurprising that director Robert Zemeckis adapted it into a feature film starring Joseph Gordon-Levitt as Petit, a kind of fact-based Ocean’s Eleven that takes the whimsy up to 12. But you’re much better off sticking to the groundbreaking original, which is one of the few movies to earn a perfect score on Rotten Tomatoes.

Into the Abyss is one of director Werner Herzog’s most criminally overlooked films. In his late career, the always eccentric German director has filmed an eclectic range of documentaries, from the man-vs.-wild elegy Grizzly Man to the Antarctica doc Encounters at the End of the Word, which finds the poetry in a frozen continent. Herzog has claimed Into the Abyss—which takes on the topic of capital punishment—isn’t an issue film, but it’s hard not to be galvanized by the auteur’s look at life on death row.

The film tracks the last days Michael Perry, who was sentenced to the death penalty following a 2001 triple homicide. Perry swears his innocence, but Herzog’s film asks more questions than it provides answers. It doesn’t let anyone off the hook easily, which makes it all the more powerful. Roger Ebert once called it “the saddest film Werner Herzog has ever made,” but it’s also one of the most important.

This list shows that crime documentaries can do a number of different things: They can indict a broken system or offer a portrait of the grim yet commonplace absurdity of post-war America, but in the case of Paradise Lost, it’s about how we look for answers following unspeakable tragedy. Sometimes that blame leads to its own horrific crimes and abuses.

Paradise Lost: The Child Murders at Robin Hood Hills is the first in a trilogy that looks at the 1994 conviction of the West Memphis Three—Damien Echols,  Jessie Misskelley, Jr., and Jason Baldwin—a trio of teenagers accused of murdering three boys in West Memphis, Arkansas. The trial alleged that the killings took place as part of a Satanic ritual, and the three young men, who dressed in dark clothing and listened to rock music, looked like natural culprits for such a crime. The town’s predominantly Evangelical community was quick to throw the book at them—especially after a (coerced) confession from Misskelley. Like Making a Murderer, it’s an important look at how elusive justice can truly be.