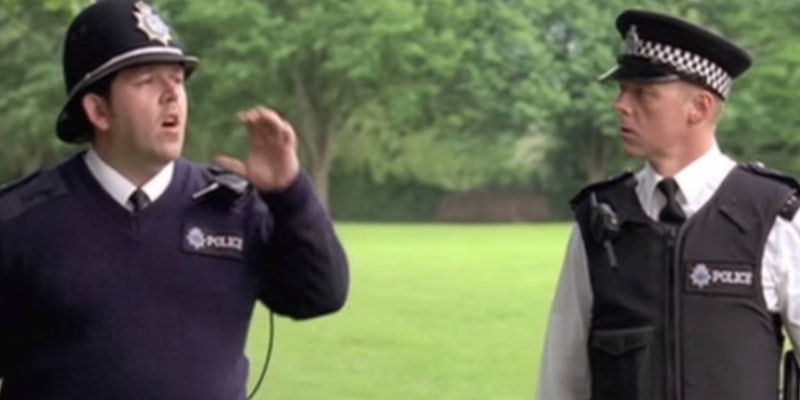 Perfect pairings for that 'Nice Guys' double feature this weekend.

Shane Black has been writing some of the best screenplays in Hollywood ever since the original Lethal Weapon way back in 1987. For much of his early career, however, his original scripts were vastly better than the finished movies they became (see Last Action Hero, The Last Boy Scout, and The Long Kiss Goodnight—or, better yet, find them online and read them). That changed with 2005’s riotously entertaining Kiss Kiss Bang Bang, which marked Black’s directorial debut and a late-career renaissance that continues this weekend with The Nice Guys, starring Russell Crowe and Ryan Gosling.

But Black is never better than when he’s telling original stories, full of noir tropes, mismatched protagonists, hilarious and acrobatic dialogue, and an ever-present dash of holiday cheer (it’s always Christmas in Black’s head). Unfortunately, Black’s back-catalog is pretty much AWOL from the major streaming services—an unforgivable crime, frankly—so, in honor of The Nice Guys’ impending release, we set out to find some of the best streaming buddy flicks currently available, any of them a worthy double-feature precursor to checking out The Nice Guys this weekend. Let’s start with one of the most famous on-screen duos in cinematic history…

Kicking off the list is one of the great on-screen buddy pairings of all time in the form of legendary outlaws Robert LeRoy Parker and Harry Longabaugh—better known to history as Butch Cassidy and the Sundance Kid. Played with iconic charm by Paul Newman and Robert Redford, respectively, Butch and Sundance have built quite a reputation leading their “Hole-in-the-Wall Gang,” and that reputation only skyrockets further after a daring job in which they rob the same train twice—because who the hell would expect that? Unfortunately, that robbery draws not only fame but the attention of powerful men who don’t like business as usual being interrupted. With lawmen paid by the Union Pacific railroad hot on their heels, Butch and Sundance hightail it south to Bolivia, but the sort of hornet’s nest they’ve kicked isn’t easily calmed.

There’s nothing more classically American than a good old-fashioned road trip movie… unless that movie also involves white-collar crime. Martin Brest’s Midnight Run gives us both. Robert De Niro stars as bounty hunter Jack Walsh, who takes a $100,000 job to track down Jonathan “The Duke” Mardukas (Charles Grodin), a former mob accountant now on the lamb after embezzling $15 million from Chicago crime boss Jimmy Serrano (Dennis Farina). Needless to say, that isn’t the sort of thing that endears one to Chicago crime bosses, so even though Walsh doesn’t have much trouble finding Mardukas, the accountant is super eager not to be anywhere near his former employer. Walsh is soon caught between Serrano, who wants Mardukas dead; the FBI, who want him on the witness stand; and his own determination to just finish his damn job without getting killed. And as for Mardukas himself? He’s not exactly being cooperative during the trip home.

After losing the lead role in Big to Tom Hanks, De Niro reportedly wanted to try his hand at comedy, and Midnight Run is one of his better comedic roles, largely because he’s mostly playing it straight against Grodin’s infuriating foil, nowhere near as over-the-top as his comedy roles would later become. He and Grodin have great antagonistic chemistry together, and Brest’s script is a quotable, underrated classic.

The second film in Edgar Wright and Simon Pegg’s “Three Flavours Cornetto” trilogy (begun in Shaun of the Dead and concluded in The World’s End), Hot Fuzz is a love letter to the sort of over-the-top buddy action flicks where somebody, at some point, fires a gun into the air while screaming. Pegg stars as Police Constable Nicholas Angel, a badass London cop who’s reassigned to a sleepy village in Gloucestershire, much to his chagrin. He’s partnered with the enthusiastic but not terribly capable Danny Butterman (Nick Frost), the son of the town’s chief inspector. Danny is absolutely obsessed with the sort of action flicks he’s convinced Nick was until recently living out in real life back in London, so he’s just as disappointed as his partner is to be stranded in a quiet burgh where serious crime is just something you read about happening elsewhere. Then a pair of local actors are found decapitated in their car, and the town authorities dismiss it as a “tragic accident.” Nick isn’t convinced, and soon more murders follow and Nick and Danny are on the trail of a case at least 75 percent weirder than they could possibly have anticipated.

Both a pitch-perfect satire of and a love letter to action movies, Hot Fuzz even earned the blessing of one of the genre’s patron saints: Shane Black himself demanded a sequel.

In a perfect world, everyone would know what I’m talking about when I sing the praises of In Bruges. As it is, most people don’t even know how to pronounce “Bruges.” Written and directed by Martin McDonagh, In Bruges stars Colin Farrell and Brendan Gleeson as a pair of hit men temporarily banished to the quaint Belgian city of Bruges in the aftermath of a job gone bad—one which left a child dead and Ray (Farrell) wracked with guilt. Ray mopes and explores the city with Ken (Gleeson) until the word comes down from their mobster boss, Harry (Ralph Fiennes)—Ken is to kill Ray for his careless collateral damage. Conflicted and sympathetic toward his friend’s plight, Ken must decide if he can go through with it and Ray must decide if he can live with himself regardless, setting them both on a collision course with Harry that will leave Bruges bloody.

McDonagh’s In Bruges script earned both a BAFTA and a best original screenplay Academy Award nomination, establishing McDonagh as one of the most interesting creative voices currently working in film (see his equally fun follow-up, Seven Psychopaths, streaming on Amazon Prime). Farrell also took home a Golden Globe for his performance.