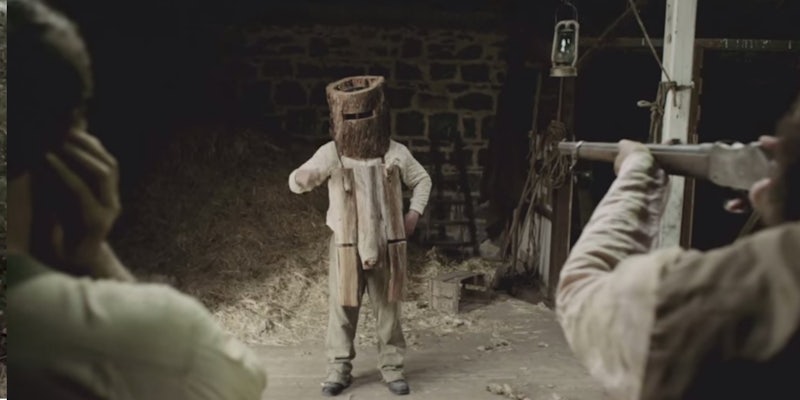 Screengrab via How to Talk Australians/YouTube

As beaut as an old coot in a ute.

Crazy as they sound, some of the things that you may have heard about Australia are actually true. It is, for example, filled with dangerous things—we once had this type of snake living in our car for over a week—and there are kangaroos everywhere. I took this photo through my kitchen window.

And while the existence of a pipeline between Summer Bay and Hollywood is currently disputed, it can’t be denied that Australians are overrepresented within the arts.

And so it should come as no surprise that the webseries from Down Under are great as well. Here’s the pick of the bunch.

1) How to Talk Australians

Do you want to know why Australia has disowned Mel Gibson? Some may confidently point to unsavory proclamations in police cars or increasingly erratic behavior toward family members—reasons enough to allow a country to disassociate with someone who wasn’t even from there anyway.

But Aussie or not, he still once possessed that distinctive accent, strong enough to require redubbing in the U.S. version of Mad Max—who could possibly fathom the meaning of windscreen anyway?—which has gradually eroded over time. And that is the real reason: Australians hate this. Probably because it is the most outward sign that someone has consciously chosen to leave that remote island in their wake.

So if you ever want to endear yourself to that favorite Australian in your life you need only do the opposite of Mel and pick up some of the country’s slang or start finishing each sentence with an upward inflection. Which brings us to How to Talk Australians, a mock instructional series from the “Delhi College of Linguistics.” Unless you’re a bludger, it will have you speaking like Nick “The Honey Badger” Cummins by sarvo. Just like a real happy little Vegemite. (And yeah, Coon cheese is a thing.)

Feel free to waste your time wondering just how “real” Dayne Rathbone is, but here’s a warning: All that thinking will just distract you from what he has achieved with his bewilderingly off-beat series, Dayne’s World. And besides, who cares? All art is in some way performative; here it might just be a little more oblique.

In his email interview last year with the Daily Dot Rathbone remained elusive when asked if the series was an accurate representation of his life: “YES or NO because I also do a lot of other things what arent even in the show. My favorite is reading Sam Harris and playing DotA. Plus Mike [Nayna, director] said ‘I dont know if i believe him’ but I sead why would I waist my own Aurora red hand flare!”

Sums it all up, really.

Food programs have always been the softcore versions of eating—all titillation and no money shot—serving only to compel viewers to seek out the real thing. Which seems unnecessary, frustrating, and, frankly, grounds enough to be pilloried.

Which is where Kate McCartney and Kate McLennan’s The Katering Show shines: spoofing a ubiquitous format that doesn’t ever really give us what it promises. And better yet, it does it with a wit and whimsy far removed from the po-faced purveyors (the great Keith Floyd excepted) of the differing ways to satiate an essential bodily urge.

Still not convinced? Just read their very funny interview with the Daily Dot.

Warren and Hal work in the marketing “space,” which is obviously fertile ground for comedic japes, especially if the practitioners are horribly out of their depth and oblivious to their shortcomings.

But willful delusion isn’t the only thing going on here. Each episode is snappy and lean, and there is some nice meta-tinkering with the format, even screwing with what I like to call a “Larry Tate moment”—those neat episode tie-ups whereby an objectively terrible business idea is inexplicably embraced by the client.

Anyway, talking about Larry Tate, according to this guy he’s a reptile. Or has one in his tooth. Or something.

It’s tough to make cancer funny. And while Altruman doesn’t exactly try to do that, the series is filled with so much warmth and gentle humor that it softens a subject that otherwise could be (to the point of avoidance) harrowing.

The series is centered around a superhero who has just found out that he has testicular cancer, and its premise is a question that the truly selfless might encounter as they contemplate their own mortality: Couldn’t I have done more for me?

Sure, not a thought most of us will ever have the need (or more accurately, right) to ponder, but you know what, I’ve got way too much on my plate at the moment to be encumbered by these sort of big questions anyway.

Screengrab via How to Talk Australians/YouTube