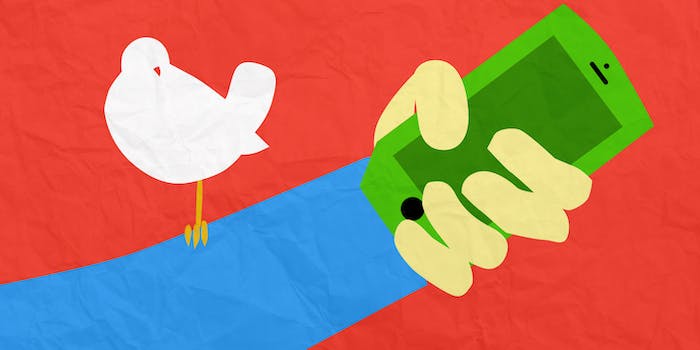 Most bands would probably prefer it if you just left your smartphone at home, or at least in your pocket, during concerts. But there are some great apps out there that will enhance your concert experience (without pissing off the artist), as well as make sure you find out about the show to begin with.

Whether you want concert recommendations, compare ticket prices, or take concert photos that won’t make the rest of the audience hate you, these apps have got you covered. Enabling the Songkick Concerts app feels having your own personal assistant for concert-going. The app links with Spotify, Facebook, Apple Music, and other sites to carefully curate a calendar of upcoming shows in your city based on your musical preferences. Songkick also lets you manually “track” artists, which allows you to see a full list of their upcoming tour dates and get alerts when new dates are announced or when tickets go on sale. Tracking more artists also helps the app pinpoint new bands you may also like.

In addition to viewing Songkick’s list of recommended artists near you, you can also view all artists playing in your area or in other cities. Integration with Ticketfly allows you to purchase tickets inside the app.

Songkick’s interface is clean and attractive. The app opts for a more calendar-oriented approach, listing concerts by date instead of just by venue or by artist. It’s a feature that will be useful to both last-minute concert goers and the scheduled-obsessed.

Songkick Concerts is available for free for both iOS and Android. If cost plays a huge role in your decision to see a band play live, make sure you have the Sovi app on your phone. The discount concert ticket app lets you view concert deals in your city and see the cheapest tickets available for grabs. You can also filter tickets by lowest to highest price. Sovi’s price-focused layout is perfect if you need to come up with a last-minute plan for Saturday night and budget is your only limiting factor.

Sovi is available for free for both iOS and Android.

For concert-goers with an adventurous streak who are low on funds, Jukely is a dream app. The company bills itself as the Netflix of live concerts, allowing users to attend a new concert every day at $25 per month. New shows are added to Jukely every day at 11am, and sign-up begins up to 72 hours in advance. Selection is limited by space and is first-come, first-served. Selection varies by city; some places have a huge assortment of shows while others have slim pickings. On a Monday afternoon, both Dallas and Chicago had 11 different shows to pick from, New York City had 26 shows, and Nashville had 2 shows.

Jukely is available for iOS.

If you must be that guy who needs to take hundred of different concert photos that all end up looking virtually identical, at least respect those around you. With the Kimd Concert Camera app at the ready at your next show, you won’t have to worry about blinding your fellow fans with your phone’s flash.

When you launch the app, the brightness of your phone automatically decreases and flash is disabled. Kimd also allows you to record video.

Kimd is available for free for iOS and for Android. Loudie is a “social concert” discovery app that also offers users an occasional chance to win a free concert ticket. The app allows users to follow other Loudie users who are friends. Users then “join” concerts they’re interested in and earn points based on how much interest they can drum up in their social circles. Based on how many points Loudie users wrack up, the app sends them notifications with offers of free concert tickets. It sounds kinda like a pyramid scheme, but for the right concert, it might be worth it.

Loudie is available to download for free for iOS. If you’re looking for a serious contender to Shazam, then SoundHound is it.  The music discovery app identifies a song within seconds and takes it one step further by providing lyrics that scroll as the song is playing. Within seconds, you can go from hearing a new song from a band you’ve never heard of to being able to sing along. As well as watch the band on YouTube, listen to them on Pandora or Spotify, and even purchase their entire album on iTunes.

SoundHound is available for free for iOS and Android.

Correction: This story originally stated that Jukely users can go to unlimited concerts. The app actually limits concerts to one per day.