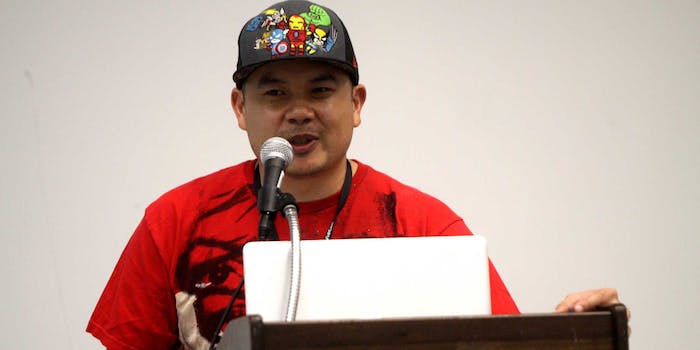 Canvas Media Studios is the latest project for multiplatform storytellers

The new shop, which has already sold a digital series to StyleHaul, will give Su the opportunity to pursue creative and storytelling endeavors beyond the transmedia adaptations he’s currently known for. (In addition to Lizzie Bennet, Su was also behind shows such as Emma Approved, Welcome to Sanditon, and Frankenstein, MD.)

Canvas will develop original, scripted, and multi-platform entertainment properties for a broad range of clients, from advertisers to publishers and even traditional studios and TV networks. These “digital content franchises” will include video as well as a variety of interactive elements that spur direct engagement with viewers and fans across platforms, the company said.

“Canvas is an entertainment studio that designs narratives for any and every ‘canvas,’” said Su in a statement. “We’re storytellers, whether we’re telling an original, adapted, branded, experimental, social, long-form, or short-form story.”

Su obviously has a lot of success on this front. Lizzie Bennet generated more than 60 million views on YouTube and in 2013 netted the Emmy for Outstanding Creative Achievement in Interactive Media — Original Interactive Program. Emma Approved, which was an adaptation of Jane Austen’s Emma, featured a variety of brand integrations for clients such as Samsung, and resulted in Su and Tochterman getting an opportunity to present at the international Cannes Lions advertising festival.

Read the full article on the VideoInk.