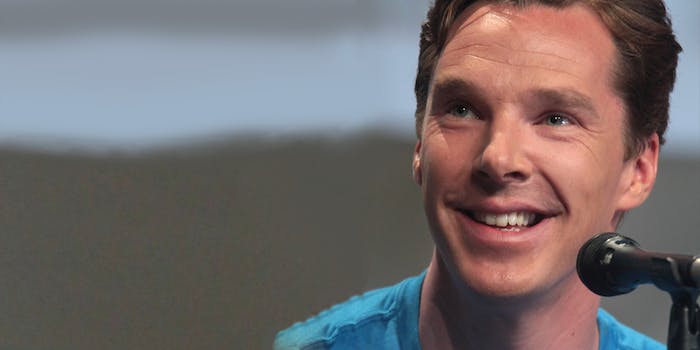 Benedict Cumberbatch is a master of celebrity impressions

Who knew Cumberbatch could sound so much like Taylor Swift?

Benedict Cumberbatch has taken on an unusual new acting role—imitating 11 of his celebrity friends.

Cumberbatch’s Christopher Walken may leave a lot to be desired, but the rest are pretty dead-on. Listen to one second of the Owen Wilson impression and you’d swear you were on the verge of being inducted into the Society of the Crossed Keys.