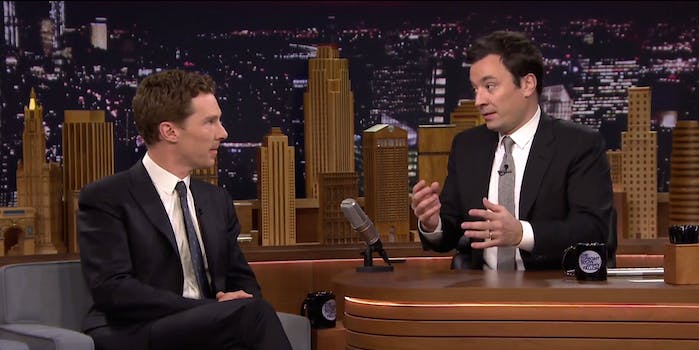 He may be pretty terrible at variety games.

Benedict Cumberbatch’s inability to pronounce “penguin” may be nothing compared to his attempts to describe the word “booty.”

Jimmy Fallon may have been a little premature to declare that he and Cumberbatch were good at playing his newest variety game, “Three-Word Stories,” in which they each try to get the other to guess a secret word by uttering three words at a time. The first round went off without a hitch, and then Cumberbatch got his first word.

It’s hard to tell if it’s just that Cumberbatch is that terrible at trying to describe things or Fallon is bad at guessing; it’s probably a bit of both. But the word is enough for both of them to burst out in a fit of giggles.