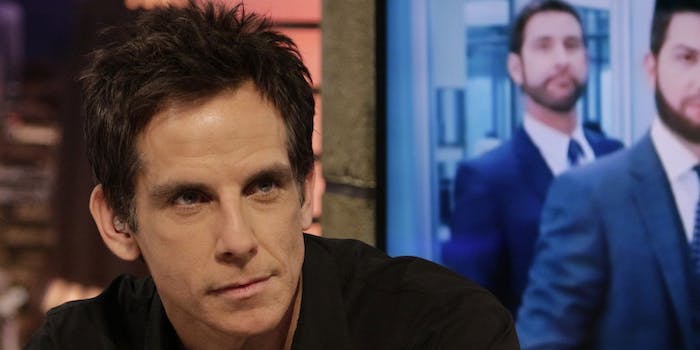 This is what Ben Stiller’s teenage punk band sounds like

Of course they were called Capital Punishment.

Ben Stiller’s on board for the Zoolander sequel. He’s got a new TV show in the works. And now his ’80s punk band is getting a new lease.

Stiller’s punk band was called Capital Punishment, of course, and its debut album, Roadkill, was recorded in 1982 but never released. It floated into the winds of obscurity, but now indie label Captured Tracks is stepping up and releasing the LP. The group formed in New York City in 1979, which means Stiller was about 14 or 15 when he joined. He was also the drummer, he told Howard Stern on Wednesday.

Adding to the WTF-ness of this endeavor, the band allegedly “consisted of a future Supreme Court Justice for Arizona, a Professor of Slavic Studies, an urban explorer whose family built the Brooklyn Bridge,” and Stiller. The group’s influences, according to Captured Tracks, included Chrome, Brian Eno, and Cabaret Voltaire. Capital Punishment existed in the verdant pastures of NYC’s no wave scene but apparently never played live.

You can listen to one of the album’s plodding, synth-heavy tracks below.