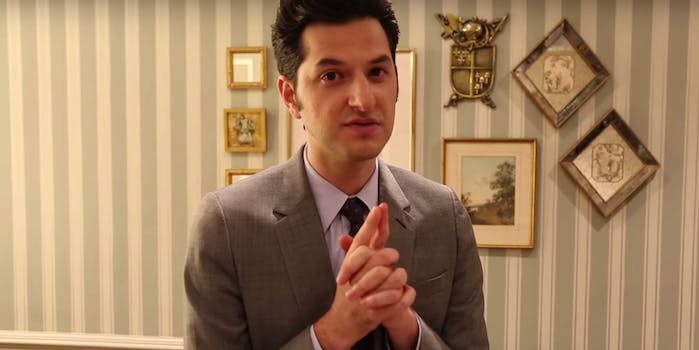 Fans of Stranger Things have put forth many theories, but one of the most persistent has been S+N=J-R.

After the show debuted in July, people started to point out that pitch-perfect ’80s bully/Nancy’s boyfriend, Steve Harrington, looked a lot like Parks and Recreation lothario Jean-Ralphio Saperstein.

Is it me or does Steve Harrington look like Jean-Ralphio??? pic.twitter.com/pPRzZ3JZdi

Then came the mashup memes:

Last night on The Late Late Show, Ben Schwartz, who plays Jean-Ralphio, blew open a major fan theory about the show: Steve is Jean-Ralphio’s real father. And he has some theories about the Upside Down and that box in the woods.

We want to believe.