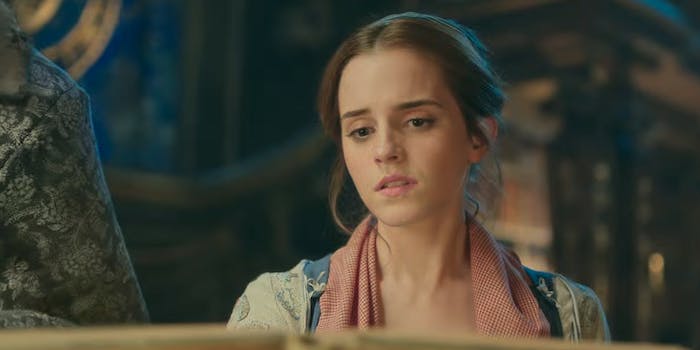 We want to hear more.

The first trailer for the live-action Beauty and the Beast movie blew fans away, but now we’re getting our first sneak peek at the heart of the film.

Thanks to a fan who spotted an Emma Watson Belle doll at Toys ‘R Us, we now have an idea of what we can expect from Watson’s Belle. The doll features Belle in her iconic dress, and according to the recording it sings “Something There,” which occurs prior to Belle’s first dance with the Beast in the animated version of the film.

The audio quality of the recording isn’t exactly great, but fans will likely be reassured that Belle is safe in Watson’s hands. Now we’re just more excited to hear the cast sing in a future trailer.