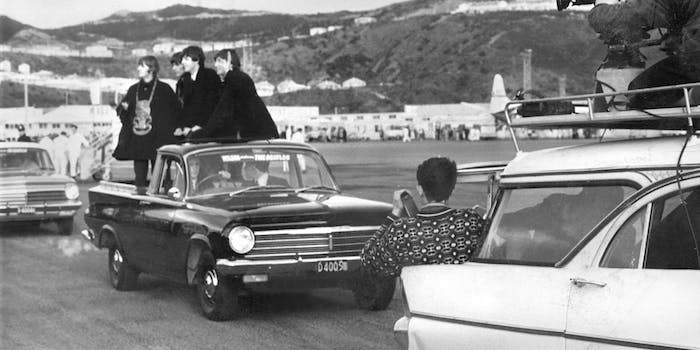 The Beatles will be available on streaming services on Christmas Eve

Just in time to play ‘Christmas Time is Here Again’ on repeat at family gatherings.

Music fans are getting an early Christmas present from the Beatles this year.

Starting on Christmas Eve, the Beatles’ discography will finally become widely available to stream online. Billboard first reported the news last week, citing sources who had knowledge of the negotiations. Now the streaming services and the Beatles official social media accounts have made it official.

The music will stream on practically every major streaming service with the exception of Pandora and the recently shut-down Rdio. Those who use Spotify, Apple Music, Tidal, Google Play, Amazon Prime, Rhapsody, Slacker, Microsoft’s Groove, and Deezer will be able to listen with no problem; that also includes free accounts, such as those who use Spotify’s free services.

The band has historically taken a long time to release its music on new platforms. While some of the songs have been on YouTube for some time, they weren’t available on iTunes until 2010, where they sold 2 million songs and more than 450,000 albums in their first week. It’s taken longer for Beatles music to make it to issue in other forms as well.

The Beatles discography will be available starting at midnight local time, so while places like New Zealand already have access to it, the rest of us will have to wait a few more hours.

THE BEATLES ON SPOTIFY! Been waiting 8 years for this day. And first to hear at midnight in NZ! Beyond massive. ♫ https://t.co/w8aqkTJi6F