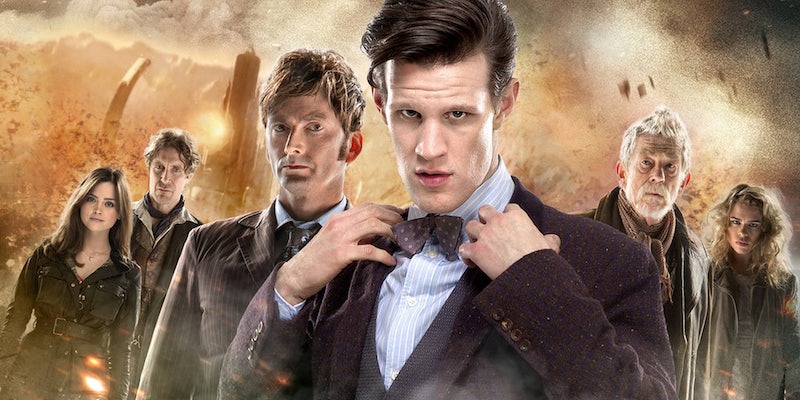 Soon you’ll be able to download your favorite BBC shows

But it'll come at a price.

Amazon’s Instant Video service just launched in the U.K., and it looks like the BBC is stepping up the competition.

Right now, the BBC iPlayer site is available for free to anyone who lives in the U.K. It can be used to watch BBC shows after they’ve aired, or to stream live TV if you have a television license. The problem is the programs are available for only seven days after they last aired, and as a result you can’t binge-watch the entire new season of Doctor Who in one sitting.

On Thursday, the BBC announced plans for a new commercial download service that will allow users to download and keep BBC programming permanently. Unlike the rest of BBC’s online content, which is free, the upcoming BBC Store will offer new TV shows and older programming from the BBC’s archive—at a price.

Coming from a taxpayer-funded company like the BBC, a commercial project like this may seem suspiciously profit-driven. However, BBC Store had to go through various assessments before it was OKed by the BBC’s governing body as being of value to the British public. It’s not yet known if the BBC Store will only be availble in the U.K., as iPlayer is now, or if BBC fans from the U.S. will be allowed to use the service.

Anyone worried about the commercialization of the BBC shouldn’t start panicking too soon. It appears the BBC Store is just a response to the demand for instant online video, rather than an attempt to commercialize content that was already free on iPlayer.

This way, people can pay for permanent downloads rather than waiting for DVD box sets, and fewer people could end up resorting to piracy to catch up with shows that went past iPlayer’s seven-day period of availability.