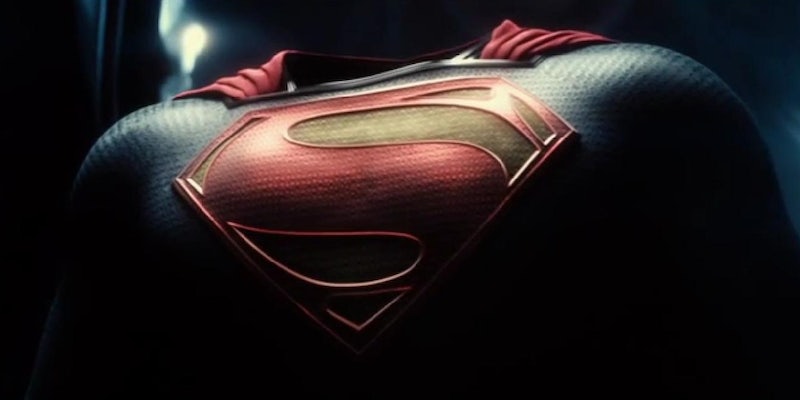 The 15-minute IMAX preview isn't until Monday, but we're getting a few seconds early.

The total running time for the trailer will be 15 minutes, which will include an intro by director Zack Snyder, and rumor has it that extra footage from the film will be shown as well.

As is the modern tradition, releasing a full-length trailer requires a 15-second trailer for the trailer to be released beforehand, and Snyder has taken to Twitter to give fans exactly that:

Loud industrial noises! Empty costumes! A logo! It’s all there, folks—the perfect trailer for a trailer.

Expect the full-length trailer to be released by Warner Bros. either on midnight on Monday or sometime later in the day. These things are always hyped up as “come and see it!” events, but we all know that studios will simultaneously release them online. Warner Bros. may still be playing catch-up on the superhero movie game, but they’re no dummies—they know a lot of their target audience won’t be getting off of the couch that day.