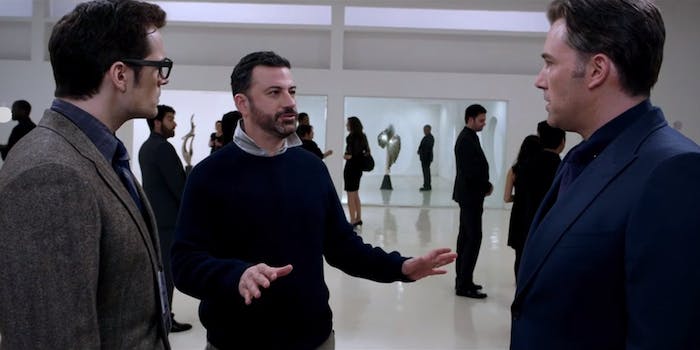 Jimmy Kimmel is a huge comic-book fan, so he was thrilled to land a part in Batman v Superman. Unfortunately, as his Oscars-night guest Ben Affleck revealed on Sunday night, the editors had to make some tough choices in post-production, and Kimmel’s scene didn’t make the cut.

“We can’t have him be that good and only be in this little part of the movie,” Affleck said, “so what they went and ahead and did is just took that right out.”

The scene looks remarkably like a key one in the movie—until Kimmel shows up. Then, well, everything changes. Watch until the end for a very unexpected cameo.

“More people will see this than that stupid movie,” Kimmel grumbled to Affleck before playing the clip.