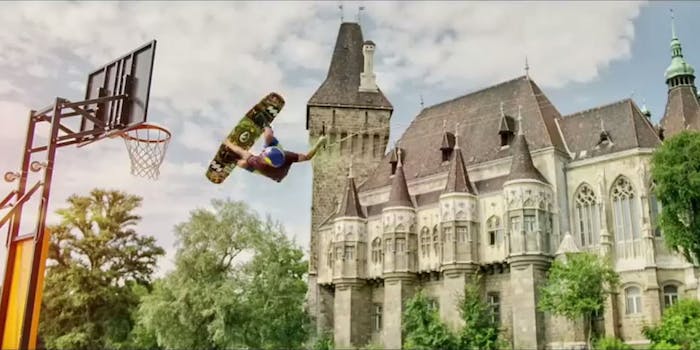 BasketBoard is the ultimate dudebro sport

Of course it's sponsored by Red Bull.

A new combination sport is certain to capture the hearts of dudebros everywhere: wakeboarding basketball, or “BasketBoard.”

Sponsored by (who else?) Red Bull, the sport features a few elements that aim to make the sport of basketball less boring. These improvements include a mini trampoline (for greatly improved dunking) and wakeboarding, which Red Bull world wakeboarding champion Szebasztian Szoloth helped to show off. Some of the highlights were captured in a YouTube video.

With luck, BasketBoard will take over the rest of the civilized world, flooding basketball arenas everywhere.

Screengrab via Lords of Gravity/YouTube