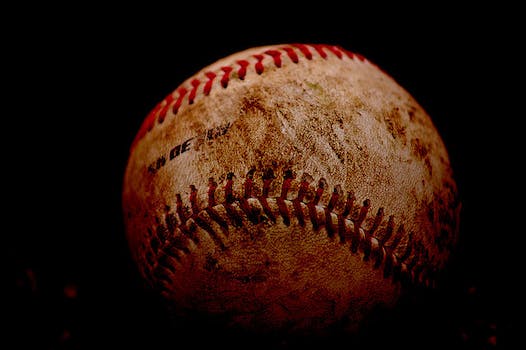 Music and baseball have had a long and close history.

In Spotify Essentials, the Daily Dot curates custom playlists created by some of our favorite artists, staff writers, and Web community leaders. In this installment, The Austin Chronicle Music Anthology coeditor Doug Freeman tracks the sound of our national pastime.

Music and baseball have had a long and close history. After all, what other sport has a song like “Take Me Out to Ball Game” universally performed during every outing?

Baseball has inspired more songs than perhaps any other sport over the past century. Naturally, devising the ultimate baseball playlist required some decisive trimming. I’d be lying if I said the criterion wasn’t completely arbitrary, but in creating the perfect tracklist, as in baseball, you have to make tough decisions to ensure that the Mets don’t embarrass themselves too badly.

I generally avoided the kind of marketed team anthems or popular sport hits and instead wanted to highlight some of the more leftfield baseball odes. That means we’ve left off some John Fogerty and Terry Cashmen’s classic “Talkin’ Baseball,” as well as Bruce Springsteen’s “Glory Days” and Don Henley’s “Boys of Summer.

That said, some mainstream hits with less-direct baseball influences made the roster, such as Meatloaf’s quite brilliant “Paradise by the Dashboard Lights,” which deploys Phil Rizzuto’s radio play-by-play commentary to describe lusting teenagers in the backseat of a car.

Sports often serves as a popular allegory for life in music—the slow artistry and drama of baseball providing a perfect metaphorical backdrop. It’s explicit in songs like Mabel Scott’s suggestive “Baseball Boogie” and the Intruders’ Sixties soul “(Love is a Like A) Baseball Game,” but it works just as well through indirect allusions, as in Magnolia Electric Co.’s “31 Seasons in the Minor Leagues” and Greg Brown’s “Laughing River.” Dan Bern, whose album Doubleheader may be one of the best baseball-themed LPs, may take top honor for the baseball-as-life song with “When My Buckner Moment Comes.”

The entire catalog of the Baseball Project (the themed all-star grouping of R.E.M. guitarist Peter Buck, Scott McCaughey, Steve Wynn and Linda Pitmon) could be included, and while “Ted Fucking Williams” may be the band’s best track, I’ve chosen “Don’t Call Them Twinkies” because it features fellow enthusiast Craig Finn of the Hold Steady. And Yo La Tengo deserves special note for the New Jersey trio having taken their name from a notorious Mets anecdote.

Baseball is a game of poetry, and its movement and nostalgia have long inspired writers. The sport’s long summer season offers the continual hope of redemption and (as Cubs fans can relate) the slow slog of inevitability that must be played to the bitter end. But as Austin songwriter Matt the Electrician once wrote, “On Opening Day no one will say, the country’s gone to hell in a handbasket.”