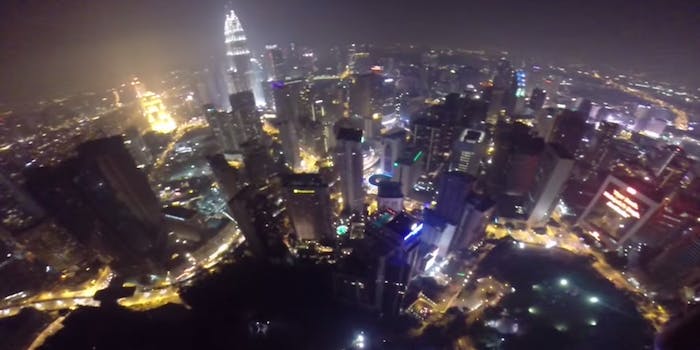 Watch a BASE jumper go from a skyscraper to a pool

You want to jump off a skyscraper into a pool? Sure.

The Kuala Lumpur Tower is an iconic building in Malaysia. The 1,100-foot-tall building has a revolving restaurant at the top of the structure that gives patrons a 360-degree view of the capital city.

What the Kuala Lumpur Tower usually doesn’t have is people jumping off of it and landing in a pool on another building.

YouTuber John Van Horne uploaded a video of two people BASE jumping off the tower and parachuting flawlessly into the middle of a pool party on the 34th floor of a hotel.

Yes, you read that correctly. Watch the video for yourself.

If you can find a better way to make an entrance at a pool party, please let us know.