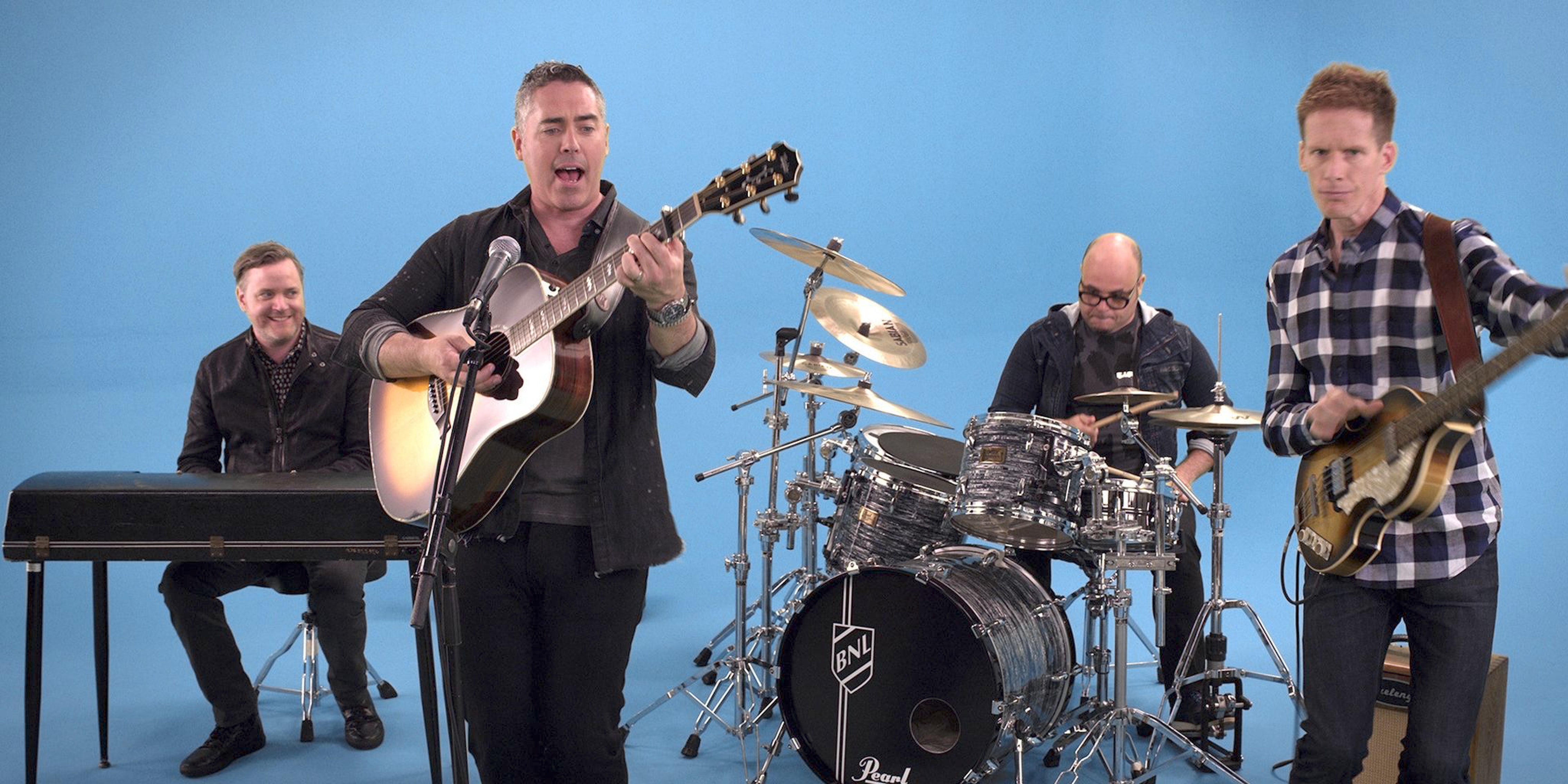 Here’s the exclusive premiere of the latest Barenaked Ladies video

“Did I Say That Out Loud” is exuberant sedan pop with power steering sensibility.

The Barenaked Ladies launch a national tour today, and with that effort comes an exclusive Daily Dot premiere of the music video for the band’s latest single, “Did I Say That Out Loud.”

The band released a Canadian-exclusive pressing of its four-song The Long Weekend EP on July 1, and “Did I Say That Out Loud” rides the commercial success of last year’s Grinning Streak—the band’s 11th studio record and its best-selling in a decade. Barenaked Ladies is four-deep these days (the red-haired, acoustic guitar-wielding singer Steven Page left in 2009), but they have 26 years’ worth of songwriting to their name and enough autonomy to rest their feet on proverbial ottomans and churn out what they dig.

To wit, “Did I Say That Out Loud” is exuberant sedan pop with power steering sensibility. Its accompanying clip—directed by Rooster Teeth cofounder Matt Hullum—is an Internet age love triangle between video-chatting lovers (thatguy21 and maybekatie19, played by Rooster Teeth couple Gavin Free and Meg Turney) and the friends that they accidentally broadcast to. Thatguy21’s antics go viral, so we navigate his journey as a meme through off-brand variants of familiar networks like Facebook, YouTube, Tumblr, one of those White House petitions, BuzzFeed, and—the most heartily familiar of music video narratives—to a private concert by the band.

Whether fueled by alcohol or alchemy, the Rooster Teeth–Barenaked Ladies partnership seems to be panning out: This is the second music video produced by the Austin-based company, following 2013’s “Odds Are.”