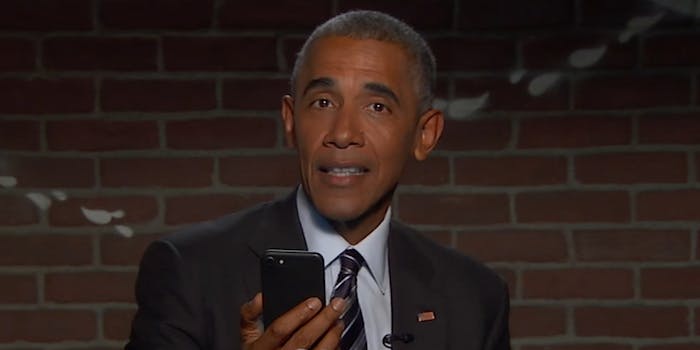 Obama delivers the perfect mic drop over his mean tweets

President Obama has had to put up with a lot during his eight years in office. And now that he’s on his way out, he has no fucks left—especially for the crappy things people tweet at him.

He did Jimmy Kimmel’s Mean Tweets segment before, but this time around, he knew he could drop the niceties. He’s sharp, sarcastic, and more at ease throwing insults back. And when he’s given the holy grail of mean tweets, the retort practically writes itself.

This is Obama’s revenge for every time someone’s taken his phone away from him. And you know a response is imminent—it’s kind of the thing his thin-skinned target lives for.