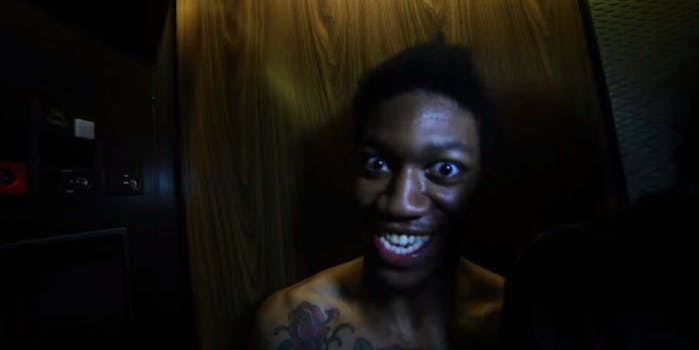 5 new rap mixtapes you need to be downloading

Every day, dozens of free rap releases hit the Web. These are the moment’s most interesting and resonant—interestingly enough, it’s all fuming rap music from the American South.

The title of this Rich Homie Quan tape sounds like a spinoff. Ever since his 2012 debut mixtape I Go In on Every Song, each ensuing tape was a new, reworded declaration of the original sentiment. If You Ever Think I Will Stop Goin’ In Ask Royal Rich sounds like he’s sick of repeating himself. It also might be telling that I have no idea who or what Double R, or Royal Rich, is. Quan can no longer rely on the Cash Money and Rich Gang brethren who gave him his biggest song to date. There is no “ask Birdman” or “ask Young Thug.”

The last tape he did was a collaboration and he was already showing signs of breaking out on his own. This tape starts out unevenly but hits a stride in the middle. “I Get” is both heartwrenching and full of braggadocio, “Flex” is the single with clearly the most expensive beat, and “Stupid Me” samples Kool & the Gang’s “Summer Madness.” It’s hard to fuck that up. But the emotional songs feel more distant than his best work. The exception is the last track “Daddy,” about Quan’s slain father. It’s incredibly moving when he’s speaking to his father about trying to make him proud or pleading with his killers. There’s not much else that cutting, which makes sense as Quan is a father himself. The last revelation here: Rich Homie Quan is a quietly excellent R&B singer.

Remarkable reference: “I might slice you with this pimping, coz I’m Zelda with this sword.”

Both Pastor Troy and Playa Fly are longtime southern rap veterans from Georgia and Tennessee, respectively. Troy found some success on the darker side of crunk as parts of the South popped off at the turn of the century, with songs like “No More Play in G.A.” and “Vica Versa.” Fly was one of the original members of Three 6 Mafia but left the group with beef before they made platinum and Academy Award-winning songs. It’s not the most obvious pairing but if the Internet is good for anything, it’s unexpected connections.

Troy and Fly have collaborated on a handful of tracks in the last few years, and even though they haven’t developed perfect chemistry with each other, the two share a knack for uncomplicated song concepts. “Fk Y’all” is an arena-sized track of tunnel vision catharsis, “We Want It All” spares no expense in its consumer thirst, and “Cop and Blow” talks about spending money so much they forget to mention making any. The tape starts off as some type of apocalyptic ride like a Mad Max sequel—with wrestling taunts setting the stage—and ends with a sort of Thelma and Louise suicide pact.

They show that they still have some magic left, but they also show their age. It seems like every rapper, by the time they get to about 40, has to make a song appreciating hip-hop. “Love of Hip Hop” strays from the topic into some nonsensical skit over a Gap Band song, but there’s also more jazz than would’ve shown up on either rapper’s album 10 years ago.

“This Is It” samples the New York ‘90s rap classic “Lucini” by Camp Lo. It’s just as comforting to see the duo soften on regional rivalry as it is to see it seething and mean.

Remarkable reference: “This some of that Miles Davis shit/step in the club with the baddest bitch.”

OG Maco has been trying to improve as a rapper since last year’s piano-dropped-down-the-stairs Vine hit “U Guessed It.” The problem is, with the style he developed on that song (yelling like the most ignorant and condescending magic 8-ball), it doesn’t lend itself to more complex rapping. When Maco tries to tone it down or rap quickly, he starts to mumble or lose his style completely. That’s apparent everywhere here, and it’s a bit of a throwaway building block.

The beats are not to blame. OG Maco’s biggest song is almost completely piano-driven and almost every song has a keyboard in it. The producer of every song and half the tape’s name, Zaytoven, is a hero in the South and taught himself piano at a young age. Maybe Zay should’ve made heavier beats for Maco but even so, the production sounds good.

Remarkable reference: “I’m over there by the such and such/moving with the whatchacallit/if he talking hit him with the… *gun sounds*”

Que (pronounced like the first letter) has sort of floated around Atlanta rap for a couple years. In 2013 he dropped “Young N***a,” featuring Migos before “Versace” and its subsequent Drake verse sent the threesome into infamy. But while Migos got to be bigger than the Beatles, Que remained in relative obscurity. Even after his audible flame emoji “OG Bobby Johnson” came out later that year, it seemed to gain more notoriety for its namesake producer than its ungoogleable performer. Both are hard as hell, as was last year’s “Jungle Fever,” despite not gaining as much popularity. The kid can make songs.

That said, there’s not a lot here. Que’s singing with autotune on a couple songs, and others are so generic that one even features Young Dolph (a 2K Create-a-Rapper template of a prospect if there ever was one). Que fully commits on the autotune, especially on “Please Everybody,” where he grapples with mortality in the isolation of prescription cough syrup. With only an intestinal-shaking 808 and without really even trying, Que can sound better than the average Atlanta street rapper, but what stands out most on the tape is when he lays a bassline and takes a left turn. On songs like “Type I Am,” where the beat sounds like it goes backward or other ways, Que keeps up like he’s tailgating the low end. On the closer “Type of Party,” it’s more like robbing the party than rocking the party. It’s not straightforward but he hits turns and licks fluidly—and it’s beautiful.

Lil Wayne and Cash Money’s influence is extremely far-reaching. In Bankroll Fresh’s case, it reaches from New Orleans to Atlanta, but the point still stands. He got a good look from Mike Will Made It on the Atlanta producer du jour’s last mixtape, Ransom. Fresh delivered on his chance for exposure, his solo song being the moderately popular “Screen Door.” There’s no Mike Will on this tape so the production can leave something to be desired.

Bankroll Fresh more than once seems to concentrate on keeping up with the beat while while neglecting to make his words sound interesting. There are a couple of songs, “Sydney” and “Fabulous,” that let him sit comfortably aside the beat rather than sounding offbeat. The Travis Porter guys show up to give the tape its best rapping on “Walked In,” and Fresh goes off in the “Free Wop Freestyle,” an ode to the incarcerated Southern legend Gucci Mane. It’s more thug motivation than trap god. In a gorgeous example of how musical influences work, Fresh, who wears his Cash Money Records influences on his sleeves, nods their rival No Limit Records with the song “Bout It.”

Remarkable reference: “Throwback Reggie Miller/I’m the boss man you in the middle/drank Cristal like they millers/moving tons just like the Millers.”