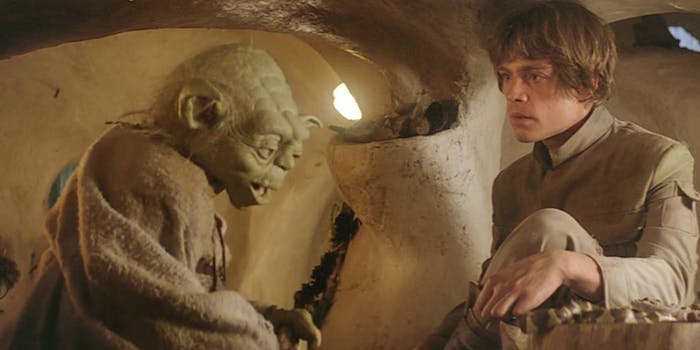 The Bad Lip Reading team is back, and once again, it’s set its phasers on Empire Strikes Back. And it’s perhaps not a coincidence, because this is a special time for Star Wars fans.

Rogue One will be released Dec. 16, and to celebrate, here’s the latest Bad Lip Reading for Star Wars’ fifth episode. But this one is a little different than the last time Bad Lip Reading used Empire Strikes Back as its canvas.

This one is actually a self-styled full-length music video for a song entitled, “SEAGULLS (Stop It Now).”

Here’s the Bad Lips Reading take on Empire Strikes Back from last December.

And here’s the new music video.

To be fair, Yoda does make a fabulous backpack while you work out. And he’s right—seagulls will definitely poke your knees.