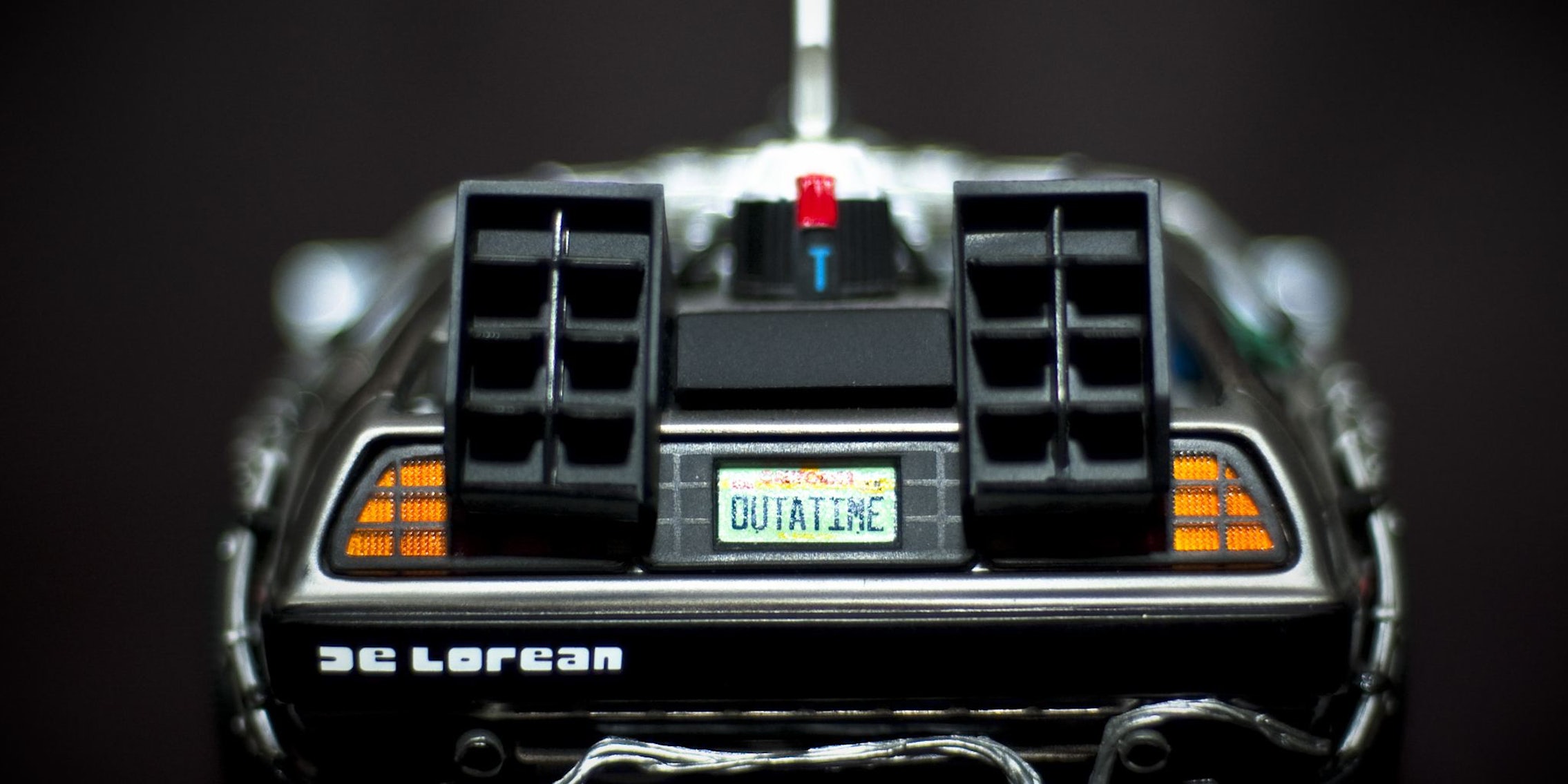 How many Twitter accounts does it take to get back to 1985 before lightning strikes the clock tower?

Forty-nine, according to the Hill Valley Project, a fantastic Twitter performance happening right now, to celebrate the unforgettable day that Marty McFly went back in time.

Over the years, Michael J. Fox’s iconic turn in Back to the Future as a California teen who gets sent back in time has become a cinematic milestone, regularly making an appearance on lists of the greatest films ever made.

To celebrate the real-time start of Robert Zemeckis’ 1985 film, an elaborate roleplay, featuring Twitter accounts from virtually every character in the film—plus a few inanimate objects—has unfolded steadily over the weekend, line by classic line:

@_M4rtyMcFly Well that’s your name, isn’t it? @calvinklein? It’s written all over your underwear

The project is the brainchild of Gavin Fox, Martin Rose, and Tom Hartshorn, a group of U.K. creative marketing directors who’ve been planning the event for years. The team hopes to raise awareness for the Michael J. Fox Foundation, which is renowned for its fight against Parkinson’s disease.

Massive is right. The gang’s all here, from Libyan terrorists to Clocktower Lady.  Even the camera gets in on the action. And, of course, all your favorite lines and moments from the story are here in abundance. A few of our favorites:

@_M4rtyMcFly You haven’t got a chance, you’re too much like your old man. No McFly ever amounted to anything in the history of Hill Valley.

*♫ plays a heavy cover of Power of Love by Huey Lewis and the News ♬* (@HueyLewisFans) https://t.co/QKmI8Qd0XS

@_LindaMcFly When I was your age I never chased a boy, or called a boy, or sat in a parked car with a boy.

@_M4rtyMcFly Take that you mutated son of a bitch! *shoots shotgun at barn door* *BAM!* *BAM!*

While the players’ dedication to recreating the film is marvelous, they aren’t as impressive as the sheer amount of work it must have taken to organize and maneuver so many Twitter accounts at once. While there’s no word on just how many behind-the-scenes players are involved, the orchestration is a thing of wonder to behold. “This is everything great about Twitter,” tweeted onlooker JLAWatchtower.

You can follow @_M4rtyMcFly’s progress through time by reading or subscribing to the Hill Valley Project on Twitter.