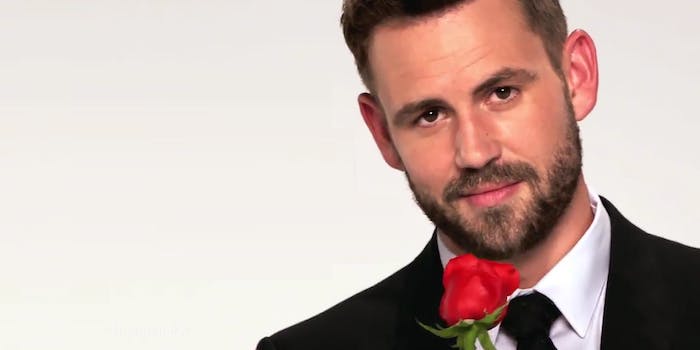 ABC is turning ‘The Bachelor’ into a fantasy sport

Are you ready for some rose ceremonies?

The league will put fans’ ability to root for their favorite contestants and call what happens to the test. It’s kind of like a March Madness bracket in that you’ll have to pick your Final Four and which one will be the winner, but the league will offer weekly contests that let you choose what episode certain events will happen or the number of roses or dates he may give out on a particular week. You’ll have a few weeks to change around some of your choices as well.

It’s a points system, but there’s another prize at stake for fans: Points earned equal chances to win a trip for two to Los Angeles, tickets to Disneyland, and tickets to The Bachelorette: After the Final Rose.

The league will run through ESPN’s Fantasy app—both ESPN and ABC  are owned by Disney)—and fans who don’t already have an account can download and sign up for an ESPN account for free. You can set up your own league with friends, family, and coworkers, and they can connect with other Bachelor fans through the #BachelorNation hashtag.

While it’s genius for ABC to rope in fantasy sports players who may only stick around for a few months of the year into playing even more—and tapping into the potential of other Bachelor fans—ABC faces an uphill battle in its first fantasy season (and The Bachelor’s 21st season). For one, it has to compete with unofficial leagues like ones set up with Fantasizr and the Rose Reckoner that some fans have grown accustomed to and offers different ways of tallying scores that make it more complex.

On the other hand, The Bachelor has Reality Steve. The blog, which has a huge following online and has been a thorn in ABC’s side, has been posting Bachelor spoilers for years, revealing which contestant gets the Final Rose well before the episode airs along with smaller details. Some might swear off reading spoilers or make it a rule in their league to make it fair, but others could fill in their responses and brackets based off of those spoilers, which could make it difficult for the league to play out fairly.