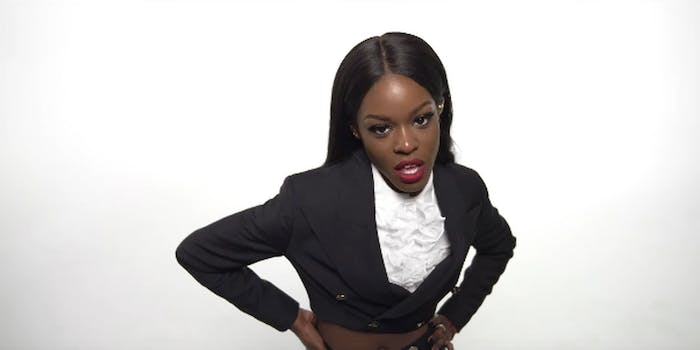 After years of using Twitter to wage feuds and air her opinions, Azealia Banks deleted her account on Tuesday.

“Ok, today, i’m finally making the decision to eject from social media. american media culture is honestly so f—ing disgusting and junky,” Banks wrote in her farewell missive before deleting her account. Twitter users quickly reacted with a hashtag, #AzealiaBanksDeactivatedParty, to mark the occasion.

when your feelings are hurt because you didn't receive an invite to the #AzealiaBanksDeactivatedParty https://t.co/myx9NHlfzt

Banks is no stranger to controversy on the platform, engaging in feuds with Angel Haze, addressing allegations of plagiarism, and being supported by Anonymous as the hacktivist organization sought apologies from Iggy Azalea on her behalf. This is not the first time Banks has taken a break on social media—in 2012 she stepped away briefly before returning.

Banks’s management did not respond to requests for comment.