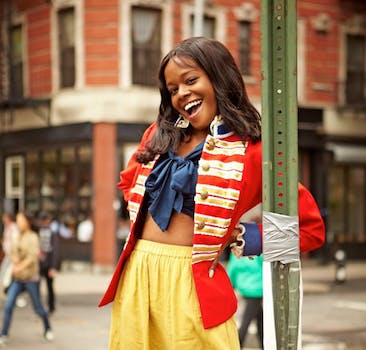 After a Twitter fight over who's really from New York, the two young, female rappers insulted one another in brand-new diss tracks.

It’s not exactly Nas’ “Ether,” but it may be the best diss track that a New York City rapper has ever produced in response to a beef that originated on Twitter.

21-year-old rapper Azealia Banks took her 140-character fight with like-minded wordsmith Angel Haze to the recording studio Friday, responding to Haze’s vitriol and Thursday’s “On the Edge” with a hard-bodied, cold-weathered track of her own, the Machinedrum-produced “No Problems.”

The track comes a full day after Banks and Haze engaged in some form of Twitter rap warfare that found the two young rappers disagreeing quite vocally about who in this world can properly claim they’re “from New York.”

Banks, who’s from Harlem, was apparently not too content to see Haze, a Detroit native, pen a song called “New York,” one that features a chorus of “I run this town” on repeat. To combat, she shot the subtweet of the short year to 269,000 followers, writing “Seriously, if you were not born and raised in NY… DON’T CLAIM NY. YOU ARE NOT A NEW YORKER.”

Haze has since deleted most of her tweets from the kerfuffle but did note Friday afternoon that “bitch sounds like holiday heart rapping.”