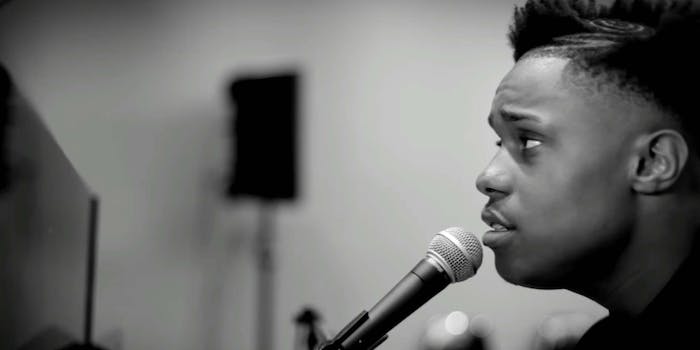 'If I Have To' has a Sam Smith ceiling.

Lost in the shuffle, 19-year-old former Voice contestant and Vine star Avery Wilson showcased his range and talent with a stunning rendition of new single, “If I Have To.” Or at least the first 90 seconds or it before BET faded to commercial.

“If I Have To” has a Sam Smith ceiling and sneaks past all of Smith’s corpus as a pop song. It packs Titanic-grade schmaltz—a song that sounds like it could be about undying devotion or inconsolable loss or Jesus. (I think it’s about Jesus.)

It could work with any number of R&B singers, but Wilson’s scorned high notes evoke instant waterworks. There’s sorrow and dramatics, Wilson’s is a voice that can act.

As a Web star, Wilson has more than 1 million Vine followers. It’s a space where he routinely shows what he can do.

Go ahead and bet on Wilson’s tremendous upside.