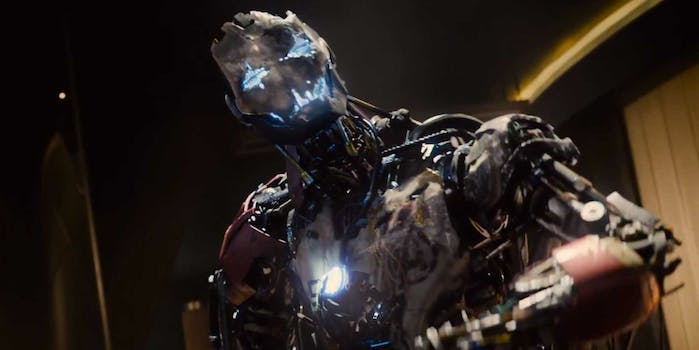 There’s no question Avengers: Age of Ultron is going to be epic. The sequel to the blockbuster superhero team-up isn’t scheduled to hit theaters until next year, but the film’s first trailer dropped last week—to a deafening (and kinda creepy) amount of hype.

The Joss Whedon-helmed summer tentpole is already generating a level of hype that Hollywood only seems to get once in a blue moon, as with grand-scale populist cinema like Star Wars, Jaws, and Titanic.

It’s likely Age of Ultron‘s connection to that third movie inspired Martin Revelation Films to mashup the trailer with Céline Dion’s “My Heart Will Go On.” Shockingly, not only does the whole thing work perfectly, but the new soundtrack actually makes the movie seem even more awesome.