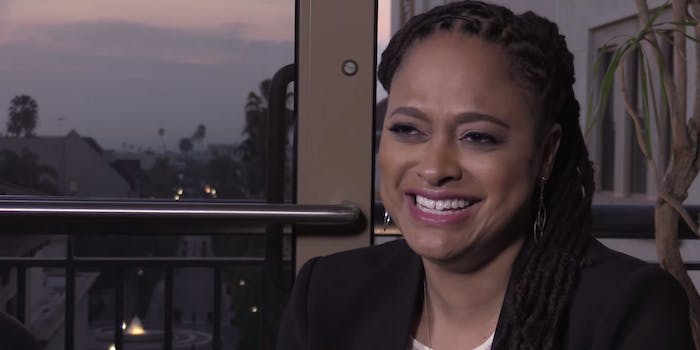 If not Ava DuVernay, then who? We have a few ideas.

Marvel fans, brace yourselves: The director of our dreams won’t be helming Black Panther after all.

Selma director Ava DuVernay, who has spent months rumored to be the only choice for the 2017 Marvel film, told Essence she will not be directing the film due to creative differences with Marvel’s strict studio system.

The magazine caught up with her at its annual Essence Festival in New Orleans, where DuVernay received an award. “I guess I’ll declare my independence from this rumor on 4th of July weekend and Essence weekend!” she joked.

Although DuVernay apparently met extensively with Marvel executives and lead actor Chadwick Boseman, she said she and Marvel ultimately couldn’t align their visions of the project:

I think I’ll just say we had different ideas about what the story would be. Marvel has a certain way of doing things and I think they’re fantastic and a lot of people love what they do. I loved that they reached out to me…

…In the end, it comes down to story and perspective. And we just didn’t see eye to eye. Better for me to realize that now than cite creative differences later.

DuVernay was unfailingly positive about the experience and the project, stating she “loved meeting” the creative team and “will be first in line” for the finished film. But the news is a blow to fans who had considered her all but confirmed.

DuVernay’s passing on the job means that Black Panther is one of three Phase Three films that are currently directorless; the other two are Captain Marvel and Inhumans. So far, the only known candidate is Anchorman director Adam McKay, who is confirmed to be under consideration to direct any of the Marvel films currently in development.

Of course, with Black Panther‘s focus on an East African nation and a character, T’Challa, who strides cultural borders while becoming the leader of his tribe, it’s probably not the greatest idea to hire a white dude as the director. So here are some picks from us for alternate candidates we’d love Marvel to consider:

This director has been slaying independent cinema ever since the release of her acclaimed 2007 debut short Pariah. The Tisch graduate made a name for herself directing tour de force films showcasing powerful women, like Bessie, HBO‘s recent biopic of Bessie Smith starring Queen Latifah, and Eternal Salvation, a look at her own grandmother’s return to war-torn Liberia.

As a documentarian with a close perspective on the challenges facing African natives who return to their home countries, Rees would be in a particularly unique position to examine the cross-cultural lens that makes T’Challa unique in the pantheon of Marvel superheroes.

The director of the iconic Boyz n the Hood has continually brought his unique aesthetic to films with multicultural elements, from 2 Fast 2 Furious to the remake of Shaft starring Samuel L Jackson. Most recently, he directed one of the most acclaimed episodes of Empire‘s first season, “Dangerous Bonds.” The real question: Why hasn’t this man been given a Marvel director’s chair already?

This director made a splash with 2013’s acclaimed Belle, based on the real-life story of a mixed-race British noblewoman whose family was influential in ending slavery in England. Asante is the daughter of West African immigrants, and like Rees would be well-positioned to tell the story of T’Challa. Plus, in addition to being showered with awards, she’s already made a foray into big-budget studio productions—she was briefly attached to the action thriller Unforgettable for Warner Bros. before leaving last month. Snap her up while you can, Marvel!

This new director made an instant name for himself with 2013’s electrifying Fruitvale Station, a dramatization of the events surrounding a 2008 police shooting starring the Fantastic Four‘s Michael B. Jordan. The 29-year-old genius won the Grand Jury Prize at Sundance and a prize for best debut film at Cannes. He’s currently garnering lots of buzz for helming Creed, the first Rocky franchise installment in nearly a decade. No wonder he already seems to be Twitter‘s top choice to take over Black Panther.

You probably only know Nyong’o as the Oscar-winning actress who frequently owns the red carpet, but she’s actually a talented director as well. This trailer is from her 2009 film In My Genes, a documentary exploring the issues of albinism in Kenyan society. With her upcoming role in Star Wars: The Force Awakens, Nyong’o has the same geek cred as other Marvel directors who’ve come before her. Not only that, but she’s the only A-list director we know who actually hails from the same region of the world as T’Challa: His fictional nation state of Wakanda borders her sometimes-home of Kenya.