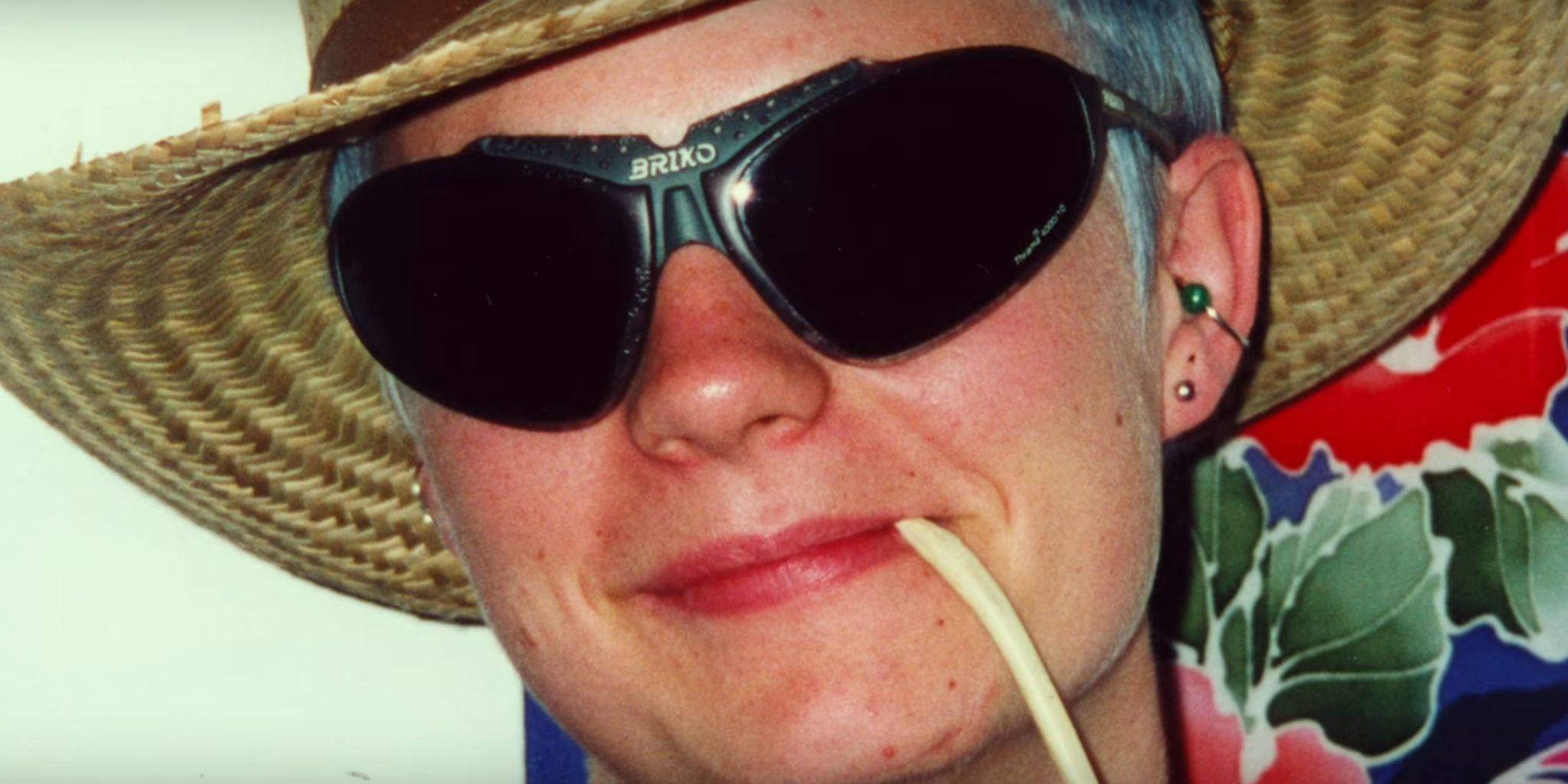 Throughout Jeff Feuerzeig’s gripping documentary, Author: The JT LeRoy Story, I got angry. The questions I went over in my mind overtook what the movie posed: Why does the subject deserve to tell her own story in such an unchecked fashion? What credibility does she have to stand on?

But, like LeRoy’s story, it’s best if I start at the beginning.

JT Leroy, the creation of writer Laura Albert, was a best-selling autobiographical fiction writer in the ’90s unmasked in 2005 via New York magazine writer Stephen Beachy. Feuerzeig (The Devil and Daniel Johnston) presents Albert as someone who has been through more than her fair share of hardships. Writing is how she worked through her issues—and how she forged the male LeRoy persona who went on to publish acclaimed titles like Sarah and The Heart is Deceitful Above All Things.

The stories LeRoy wrote garnered acclaim at an absurdly fast pace, and from there the lie took on a life Albert never could’ve imagined.

The documentary, which lands on Amazon Prime this month, quickly morphs from a story of one person coping with intense personal trauma to a story about how the lie spread unabated for years on end. LeRoy’s popularity led to relationships that went beyond the normal writer-reader realm, ensnaring high-profile celebrities like Winona Ryder, Smashing Pumpkins frontman Billy Corgan, Courtney Love, Bono, Gus Van Sant (who gave LeRoy a producer credit on his Palme d’Or-winning Elephant), and so many more.

When you connect to something you read in a book, whether it be truth or fiction, those are real feelings, and those feelings mean something. As a reader, how much honesty are you entitled to from the author? In the case of a James Frey, Oprah led a mob to excoriate him for his lies. In the case of LeRoy, a fiction writer, how does it change things? It’s just another layer of fiction between Albert and LeRoy’s readers, another thing to connect with.

The difference, as Decider writes, is that Albert got there by “convincing scores of people to care about a boy who had suffered countless traumas.”

I haven’t read LeRoy’s work, and don’t recall the hullabaloo surrounding the author being exposed as a fraud more than a decade ago. But The JT LeRoy Story isn’t interested in that aspect of the story.

Instead, the bulk of the film charts LeRoy’s rise. But the more we hear about Albert’s betrayal, and the more we see Albert unapologetic in talking head segments, an interesting juxtaposition sets in. The story Albert weaves includes multiple conspirators and features her husband (Geoff Knoop) and her sister-in-law (Savannah Knoop , who made public appearances as LeRoy). Their motivations are not made clear; we just get Albert, speaking as LeRoy, talking about making films with Van Sant or working for David Milch on Deadwood.

There comes a point when Albert is just unsympathetic enough to resent. It made me feel awful, because Albert clearly has psychological issues that she used LeRoy to simultaneously deal with and hide from.

Yet with each dead-eyed stare punctuating one of Albert’s sentences, the more I felt myself losing compassion for her. That callousness made it so that when Albert’s hoax is explained, I found myself wanting a “gotcha” moment. But it never came. Instead Albert’s commitment to LeRoy and the other people she portrayed herself as (including Speedie and Emily) only strengthened, as did the support of her famous fans.

The story is certainly compelling and worth watching. But more importantly, Author: The JT LeRoy Story pulled a real reaction out of me, by means both honest and inauthentic. You’ll come out the other side of the film with more perspective—and in this way the doc does right by its iconoclast subject.