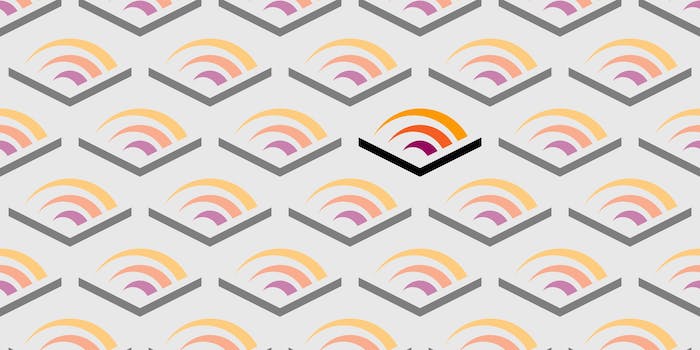 If you love podcasts but don't have the time to commit to them, Channels may be right for you.

Audible Channels is fresh out of beta, and it’s introducing a new slate of original podcasts and exclusive content from various national news sources.

The Amazon-owned company known for its audiobooks and spoken-word entertainment offers a subscription channel—called Channels—that provides on-demand, short-form podcasts. In April, Audible released the beta version of Channels, offering collections like The Daily Rush and The Weekender, as well as narrated news stories from national publications like the Wall Street Journal and the Washington Post.

Preview of a selection of Audible Channels.

Each playlist is curated by the editors of Audible through user research and data for a listening experience tailored to the viewers interests, making it different from other podcast-streaming services.

Channels is different from most other podcast services in that it requires a monthly subscription—unless you are already an Audible subscriber— as opposed to an open podcast environment for users to listen and download content for free through RSS feeds.

New shows and original content are expected to be added throughout the year. 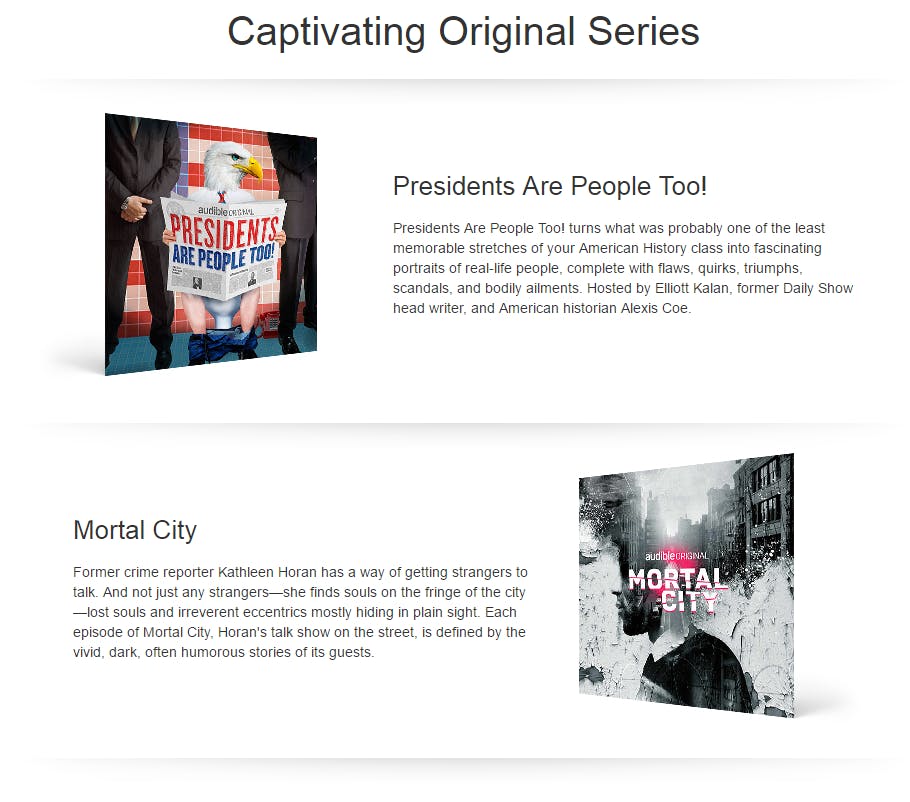 Preview of a few of Channels’ Original Series.

“The bar is always, let’s do something that would be hard for someone else to pull off,” Nuzum told NiemanLab in an interview. “The world has so many podcasts. There’s just no reason for us to be doing something of the same scale and ambition as other people.”

Channels will have original podcasts, most notably Presidents are People Too!, which turns presidents into real-life characters, and a comedy show featuring special guests called Hold On with Eugene Mirman.