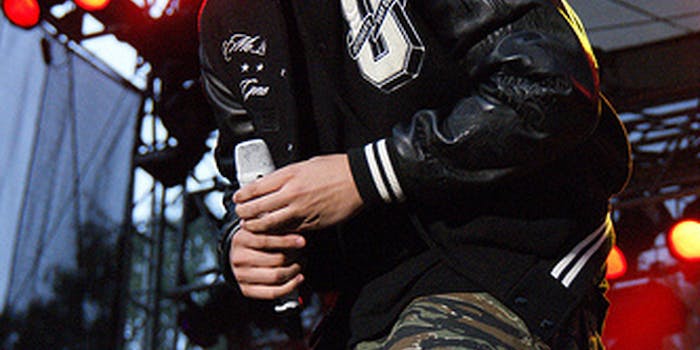 Rap star Drake was once star of the popular teen drama Degrassi. As Jimmy Brooks -- a mild-mannered wheelchair bound kid from the mean streets of the Toronto suburbs -- he imagined a career as a rapper. Twitter imagines what might have happened instead.

Before selling one million albums, Aubrey Graham, better known as Drake, was an actor on the Canadian TV drama “Degrassi.”

Despite this fairly well known fact, the Twitter trending topic #JobsDrakeHadBeforeBecomingARapper has grabbed the world’s attention. The hashtag has been mentioned more than 44,000 times in the last 24 hours, according to statistics from Topsy, a social network search engine.

Most people have used the trending topic as an opportunity to tell people about Drake’s seven season stint as Jimmy Brooks, a wealthy high school student on “Degrassi.” In the show, Brooks was shot and paralyzed from the waist down which helped the character discover his musical talents, according to AOL TV.

Other people used the hashtag to just poke fun at the 24-year-old rapper. Here are some of the tweets that caught the Daily Dot’s eye.