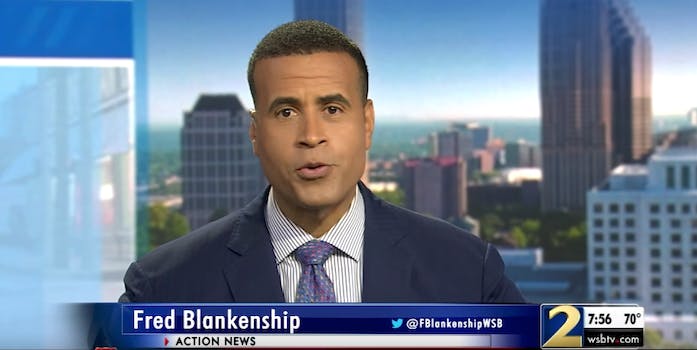 The same Atlanta news team that has paid tribute to Notorious B.I.G. and Phife Dawg by embedding lyrics into their live broadcast have now added Prodigy to their list of honorees.

The 42-year-old Mobb Deep rapper passed away unexpectedly on Tuesday, and during Wednesday’s broadcast, anchor Fred Blankenship and traffic reporter Mark Arum saluted the hip-hop legend by dropping lyrical references into their coverage.

It starts when Blankenship introduces Arum as “our traffic prodigy.” After that, all bets are off:

“Mark it’s Mobb Deep out there on I-20 with delays,” Blankenship notes in classic news anchor cadence during one transition.

“There are a lot of folks ‘pushing Lexuses, wearing fat diamond rings,'” Arum notes, while footage of drivers cruising down an uncongested highway plays.

Is it corny? Yeah. But considering Prodigy is being remembered by his friends as a legendary wordsmith, it’s a fitting tribute.