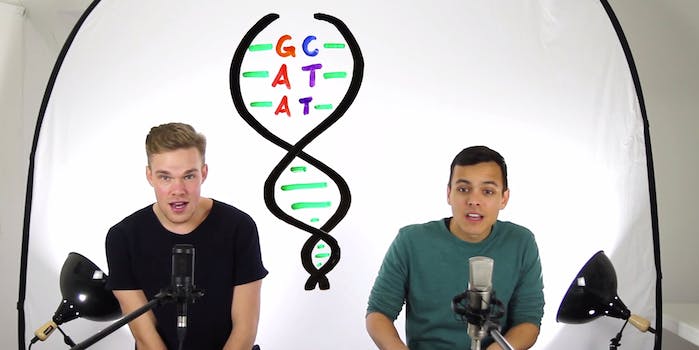 ASAPScience made a love song for saps and scientists alike

"Just like an atom, don't rip us apart / Unless you want a big BOOM in my heart."

Love is far more scientific than you were led to believe.

Mitchell Moffit and Gregory Brown from ASAPScience broke down the science of amour, but they did so by ditching their usual format in favor of an especially geeky love song. And their voices aren’t bad, either.

It’s part cheese and part education, and while it might not make breakups any easier, at least you’ll know exactly what’s going on in your brain. (Although not your heart—that beating organ has nothing to do with love.)

If nothing else, this adorably nerdy song offers plenty of potential pick-up lines.