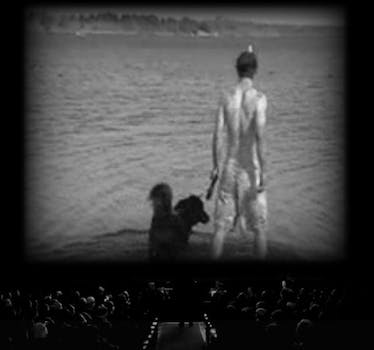 The Artistifier turns your YouTube video into a silent classic

Just in time for the Oscars, this new website puts your home videos on the Web's big screen, complete with a film score and black-and-white treatment.

While it took seven weeks to film the silent black-and-white film The Artist, one website can give your YouTube videos the same look and feel in about seven seconds.

The Artistifier can take any YouTube video, cast it a gray scale, and insert 1920s music right from the film. You can also add captions through the clip to narrate the story.

We’re not sure who to credit with this novel idea. There’s no background information available on the site, and the option to tweet out your creation doesn’t mention a specific Twitter handle.

But so far more than 20 different YouTube videos have been Artistified, including the famous “Charlie bit my finger.”

Check out the video from the Daily Dot’s very own Austin Powell here.