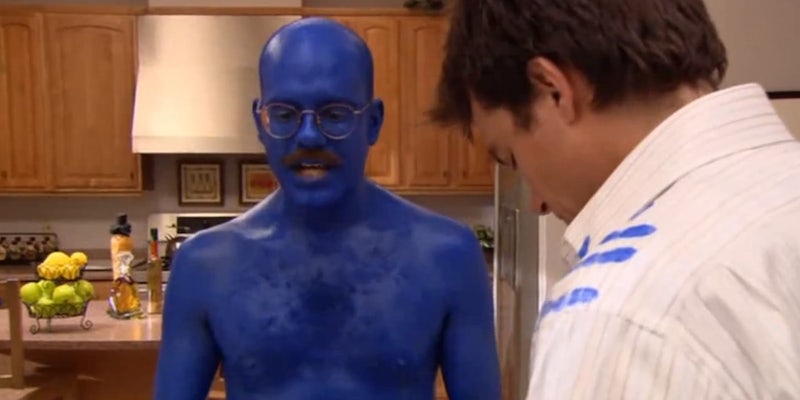 Every recurring joke in “Arrested Development”

There's more to Arrested Development than what's stashed in the banana stand.

If I hear someone else say “there’s always money in the banana stand” again over the next month, I’ll probably throw them to the loose seals.

We’re just 11 short days away from the first new Arrested Development episodes in seven years hopping on Netflix, which means we’re at peak Arrested Development. People are quoting the cult show, and that infamous gag in particular, incessantly on Twitter.

But there are many, many other great running jokes threaded through the show you can bug your friends with. It doesn’t all have to be about the $250,000 lining the walls of the Bluth’s Original Frozen Banana stand.

Enter Recurring Developments, a tool that highlights most—if not all—of the running jokes in the show, the episodes in which they appear, and the context of the gag in each episode.

Hints that Tobias is gay, George Michael and Maeby being awkward with each other, Gob screwing up a magic trick (sorry, illusion), and the stair car are among the most-used bits, according to the tool. Sadly, it overlooks the frequent use of “The Final Countdown,” most commonly associated with Gob’s act.

Recurring Developments offers a handy cheat sheet to it all, a good way to bone up before the official Arrested Development reboot. 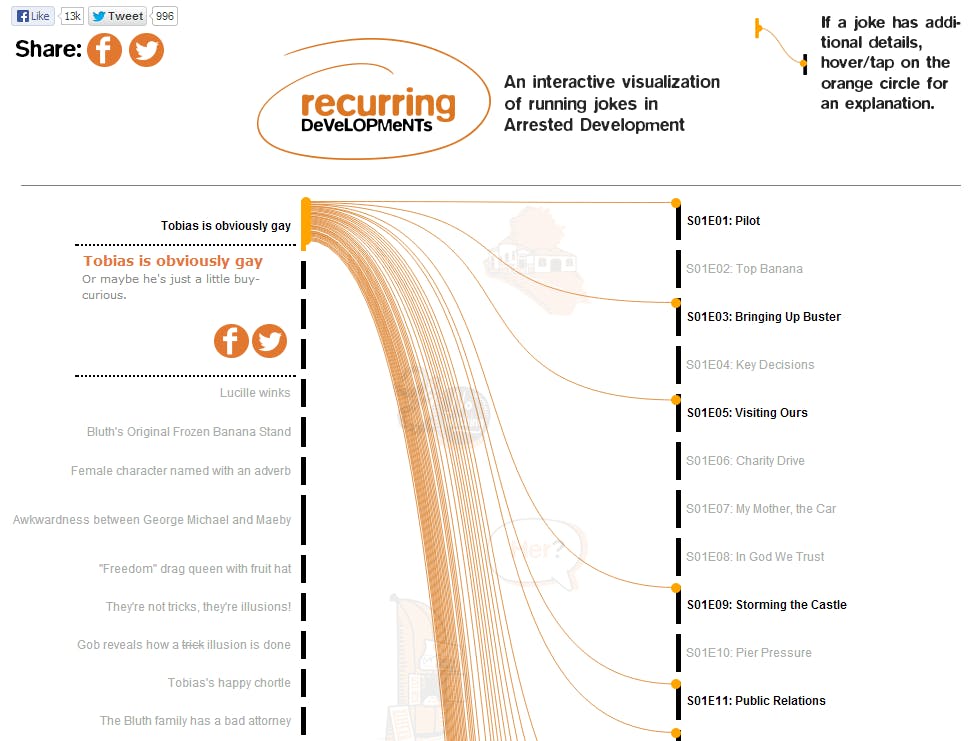