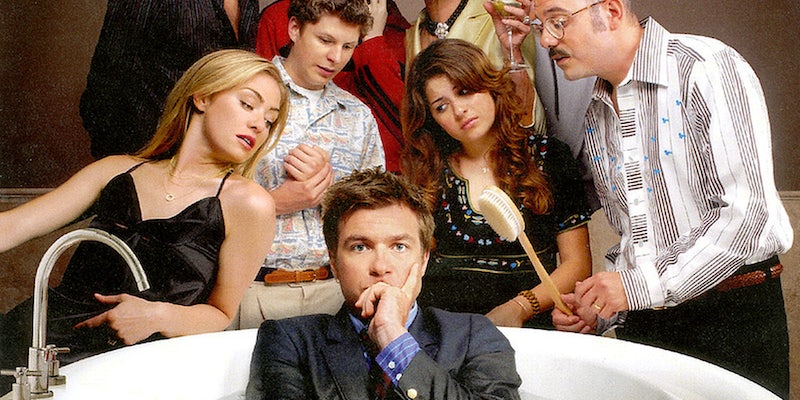 The “Arrested Development” season 4 trailer is no illusion

George Michael and Maeby are now in college and still in some sort of pseudo-incestual relationship.

If the latest trailer is any indication, the upcoming season of Arrested Development looks like it will pick up right where the award-winning series left off in 2006.

Only there’re a few changes.

George Michael and Maeby are now in college and still in some sort of pseudo-incestual relationship. Buster has a bedazzled claw instead of a hook. But GOB is still a struggling magician searching for true love.

Check out the full trailer below and catch the entire new series on Netflix on May 26.