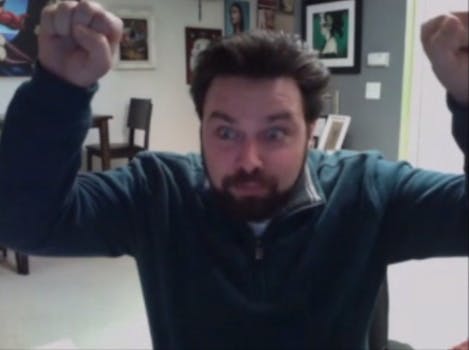 Will “Arrested Development” save Steve Holt?

The actor behind the beloved character has started an online campaign and a live interview on Reddit to plead his case on the show.

Amid the excitement that one of the greatest sitcoms of all time is emerging from the ashes, there’s an unfortunate truth. Steve Holt is not yet confirmed to be a part of Arrested Development’s comeback.

Holt, played by actor Justin Grant Wade, is a minor, albeit popular character on the show. The illegitimate son of failed magician George Oscar Bluth Jr. and a four-time student body president, Holt’s perhaps best known for his catchphrase of saying his name triumphantly, fists pumping.

And yet, Wade has not yet been asked to rejoin the cast ahead of its 2013 edition. In an effort to win back his place on the show, Wade has rallied his friends for an online campaign to make the show’s producers remember just how terrific he was and that he deserves to be back among the crazy Bluths.

There’s a Save Steve Holt website, blog, Facebook page, and Twitter account. Wade is taking part in an ask me anything (AMA) session on Reddit on Friday at r/ArrestedDevelopment. As A.V. Club points out, there’s even a Save Steve Holt T-shirt available.

The campaign is picking up some traction on Twitter, with the #savesteveholt hashtag being tweeted 68 times over the 24 hours, according to social media search engine Topsy.

To this, we only have one thing to say: Steve Holt!