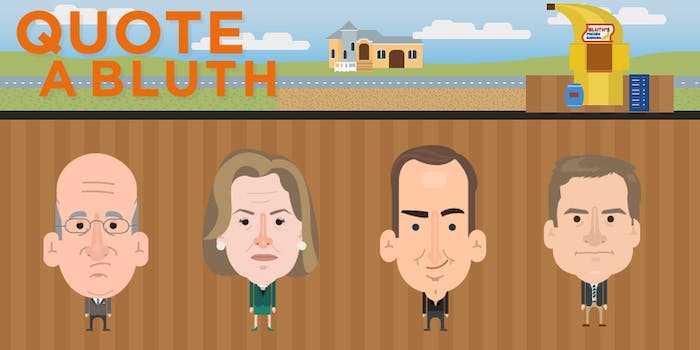 We're a day and a half away from the Arrested Development season 4 premiere. It's time to take a quick peek at what made the Bluths so great in the first place.

We’re about a day and a half away from the first new Arrested Development episodes in seven years, so it’s time to take a quick peek at what made the Bluths so great in the first place.

A site called Quote a Bluth, put together by creative agency Column 5, collates some of the best quotes from the family in a slick animated style. Clicking on your favorite Bluth will take you to one of their best moments in the show. 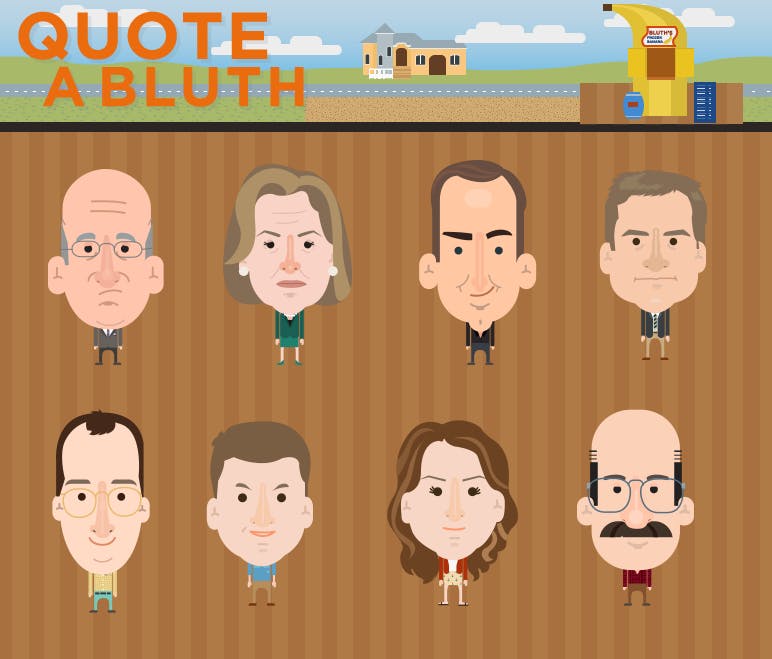 Crucially, Column 5 has seen fit to include the episode title and number along with the timestamp for the quote. That’s a perfect way to let you load up the episode on Netflix and watch that scene again. (We’re assuming you have Netflix and are keeping it open until the new episodes drop, because, well, why wouldn’t you?) 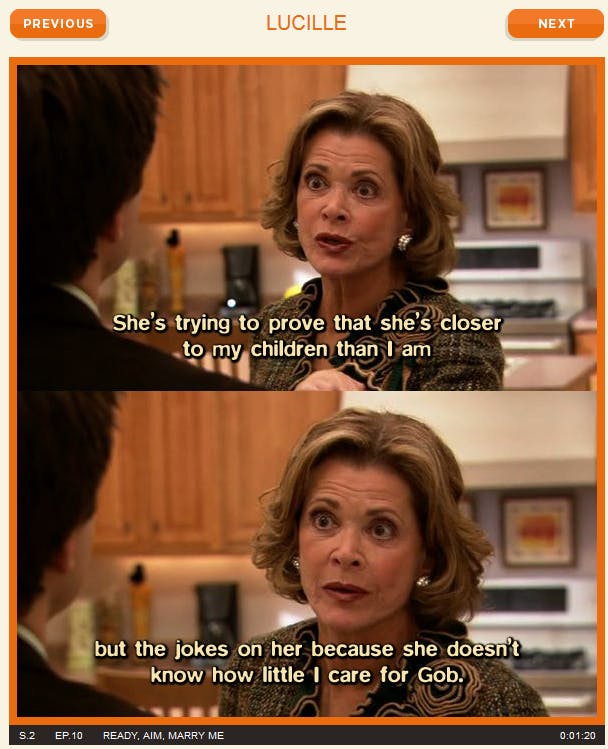 Most admirably, there’s no mention of “There’s always money in the banana stand,” one of the most well-known lines from the show. While there’s a lot to be said for AD‘s intricate running jokes, the best standalone quotes are as sweet as a cornball dipped in sugar.