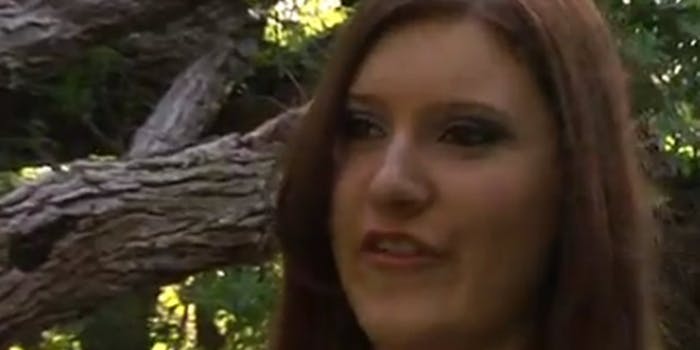 This anti-gay Christian rap will destroy your soul

It's called  "Rated T for Tolerance." But we're pretty sure the "T" stands for "Terrible."

Gay-fearing Bible thumpers have finally found the secret weapon to fight back against the homosexual propaganda machine: white-girl rap.

A new music video from YouTube channel Apologetics stars a woman hating on gay love by dropping rhymes in a rough approximation of a hip-hop Rebecca Black accidentally dosed with a hefty serving of amphetamines and Jesus juice.

The song is called “Rated T for Tolerance.” It includes lyrics like this:

“Homosexuality is not innate/It is not a genetic trait/Cannot replicate the man between a love and a woman which god did indeed create.”

This girl’s flow is not smooth. You could call it “viscous,”  though “paste-like” might be more appropriate. Anyway, watch it below, if you’re into this sort of thing.