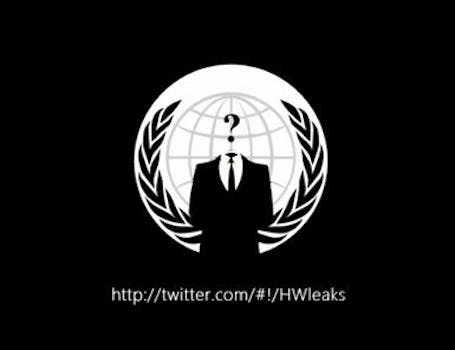 How Hollywood Leaks hacks the media

After causing havoc during the MTV's big award show, the hacker gang is going after magazine publishers, country singers, movie directors, and more.

The media-industrial complex has a new enemy—an offshoot of the loosely organized online group Anonymous who satirically call themselves Hollywood Leaks.

As Adrian Chen noted on Gawker yesterday and the Daily Dot has confirmed through its own conversations with members of Hollywood Leaks, the group has been quietly hacking into the email and social-media accounts of entertainment personnel—both celebrities and executives—for the last two weeks.

But contrary to the way their exploits have been portrayed in early reports, their ambitions aren’t limited to pop stars. Hollywood Leaks is taking on everyone from Manhattan’s magazine publishers to Los Angeles movie directors, Nashville country singers to Oakland’s white-girl rappers.

On Sunday night, the group hacked into Kreayshawn’s Twitter account and released nude photos and celebrity phone numbers found on her phone. They then released a video on YouTube saying their targets are “as numerous as the sands of time.”

Of the three, the Allure leak was the most benign. Allure, a lesser-known title from Vogue and Wired publisher Condé Nast, has been printing tasteful nude spreads of celebrities for a couple years now. The hackers released five photo shoots from the series in PDF format, which suggested that they might have access to the magazine’s production system.

The Hollywood scripts released included A Giant, Flight by John Gatins, How to Be Single, Gangster Squad, Jean Sides, Mulkey, and the Footloose remake scheduled to be released this October.

Julianne Hough’s leak was the largest and most damaging. It included health insurance information; photos and videos possibly taken from her phone, email or computer; and an entire unreleased album.

The question remains: Why release this stuff? It’s one thing to leak a script early; if anything, that serves to build buzz for the actual movie. And like it or not, music ends up on file-sharing networks; in the case of Hough’s album, it’s just happening faster.

As for the photos and videos, plenty of Kreayshawn’s and Hough’s peers are voluntarily releasing stuff that’s just as bad on Facebook.

The release of Hough’s insurance card, however, is not just distasteful. It may be criminal according to the Department of Health and Human Services, which says that the release of personally identifiable health information may result in prison sentences of 1 to 10 years and penalties of $50,000 to $250,000.

Who would take such crazy risks—and why?

In a private IRC chat last night with three members of Hollywood Leaks, the group explained to the Daily Dot that they believe they represent the true ethos of Anonymous, a decentralized group that formed a few years ago to fight against Internet censorship, copyright, and other hot-button issues for hackers.

(The “Anonymous” moniker itself sprang from 4chan, an Internet message board that lets users post without using a real name or even a pseudonym, though Anonymous is not affiliated with 4chan and members of Anonymous have led “raids,” or attacks, on that website.)

Hollywood is the nexus of the world’s attention, the center of its tastemakers and pop-culture shapers. As one hacker who goes by IAMDGKZ1 described it, “it’s a perfect target”—the best possible way to bring attention to Anonymous’s cause.

“Everyone listens to music, everyone watches movies,” said IAMDGKZ1.

Files aren’t all the hackers are nicking from Hollywood. They say they’re trying to bring back the “lulz”—the sheer amusement factor, the delight in a well-executed caper, the howling outrage of their victims. Sounds like some culture-jamming artists we know.

Hollywood Leaks’ hackers exhibited disdain for other recent actions taken in the name of Anonymous, using a homophobic epithet to dismiss Anonymous’s in-person protests of the Church of Scientology and the San Francisco Bay Area Rapid Transit (BART) agency, and the many hacking exploits pulled by the Anonymous offshoot called LulzSec, whose targets ranged from the FBI to Bank of America.

One hacker who goes by Dapper explained that the sentiment of hacking and raiding for the fun of it “has been lost” in the Anonymous community.  “There’s nothing fun about that, I wouldn’t even call it effective.”

“We’re doin’ it ‘cause we can, ‘cause it’s fun, ‘cause why not? Fuck Hollywood—fuck that vapid greedy bullshit. Fuck the ‘artists’ who aren’t more than ‘products.’”

Another hacker, Maverick, was more sympathetic, saying that the Hollywood Leaks effort had given him fresh insight into the operations of media businesses’ relations with artists: “Reading some of these emails has opened up a whole new window. They’re being used as much as the general public is, as a money-making scheme.”

Despite their rants against the entertainment business, Maverick, Dapper, and IAMDGKZ1 stressed that their hacks were just for the “lulz.”

And Maverick added, “Lulz must be shared…. We’re doing it for the people.” And yet he and his cohorts maintained that their efforts weren’t at all idealistic.

Anonymous’s BART protests have centered on freedom-of-speech and police-brutality issues. Hollywood Leaks members, on the other hand, insist they have no desire to instigate social change.

Indeed, their attack on Kreayshawn seems like nothing more than a technically sophisticated yet juvenile form of music criticism. Kreayshawn, the Oakland-based rapper, “as a person makes me mad,” said Dapper. “The other day, tens of thousands of people were laughing with us… and I’d like to think one person cried.”

The three said they’re not scared of being apprehended. “We’re not idiots,” Dapper said.

“We worked hard for several hours to make sure everything was perfect” before and during each hack, said Maverick.

“There’s an astonishing amount of cybercrime … pretty much out in the open,” said Dapper. “Millions of dollars of fraud happen every day.”

“The Feds should have better things to do,” said Maverick.

One could make the same observation about the Hollywood Leaks hackers. And yet here we are, talking about their exploits. Mission accomplished, gang!