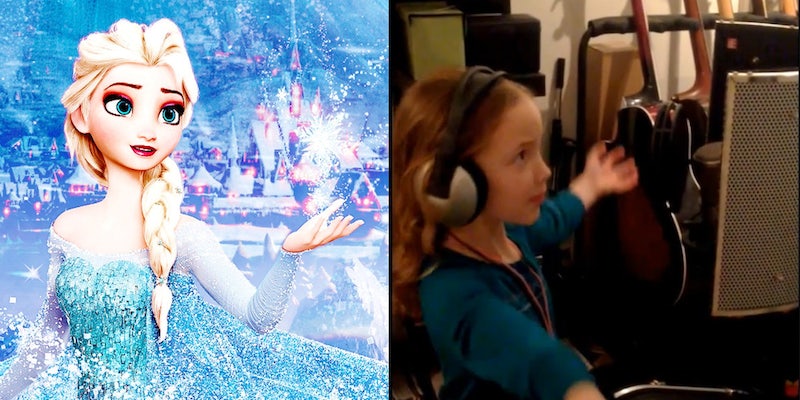 Powerful pipes and a sassy hair flip have captured our hearts.

Now that we’ve all had a chance to spend our holidays listening to the Frozen soundtrack, currently No. 1 on iTunes, the inevitable covers are starting to crop up—from Pentatonix’s medley to this nightmarish rendition of “Do You Wanna Build a Snowman?”

But the queen of the killer amateur performances so far has to be Annelise, a 9-year-old Torontonian who records an album every year at Christmas for her family. This year they’ve gotten a special New Year’s treat as well: a pristine recording of “Let It Go” to share with the Internet.

“Annelise loves Idina and put her whole heart into this song,” the YouTube page reads, speaking of Frozen’s lead Idina Menzel, a veteran Broadway vocalist known for the powerful showstopper “Defying Gravity” from Wicked. While Menzel is known for having lungs of steel, Annelise’s turn is almost as impressive: She’s clearly enjoying herself, and for someone who hasn’t yet had her first voice lesson, those pipes sound great.

Oh, and check out the sassy hair flip at the end.