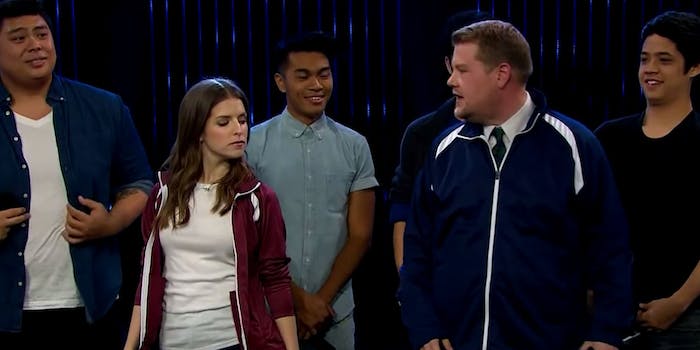 Ludacris for the win.

How does James Corden follow up a One Direction interview? By facing off with Anna Kendrick, of course.

Last night, the Pitch Perfect 2 star challenged the Late Late Show host to a riff-off, with the help of the Filharmonics. It was a pretty heated battle, and Kendrick whipped out a Ludacris song early. She probably could have employed a little more resting bitch face, but she clearly won the battle.

Screengrab via the Late Late Show with James Corden/YouTube