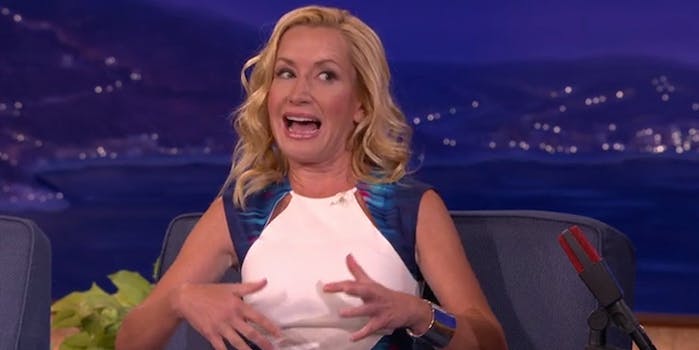 Nothing may be worse than bombing in front of your 6-year-old's classmates.

It’s not unusual to come across a tough crowd, but it might be even worse when it’s a room full of your child’s classmates.

This is the conundrum Angela Kinsey found herself in when her 6-year-old daughter insisted she come to share time at school, something that’s becoming increasingly more common compared to Kinsey and Conan O’Brien’s school days. But instead of watching her daughter share, she insisted that Kinsey be the one sharing, or more specifically by performing a rap version of “The Itsy Bitsy Spider.”

She may have starred on The Office for nine years and is currently churning laughs on The Hotwives of Orlando, but when it came to busting a rhyme in front of a bunch of 6-year-olds, nothing could’ve saved her from bombing.