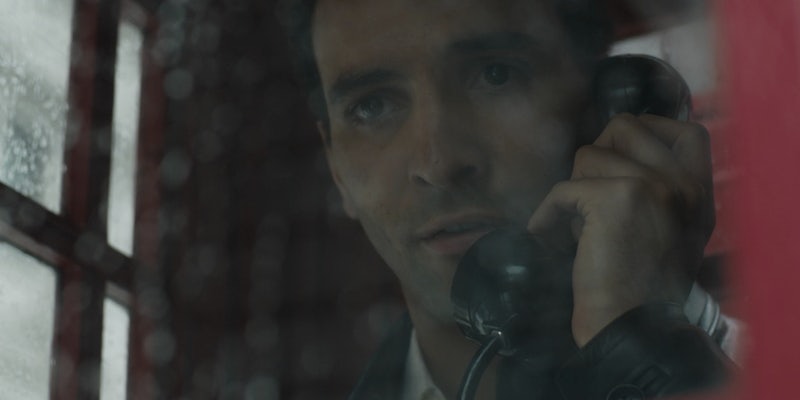 The chemistry between Marwan Kenzari and Toby Kebbell is sensational.

The Israeli-American historical spy thriller The Angel, Netflix’s latest international original film, is a mostly well-done adaptation of Uri Bar-Joseph’s book, The Angel: The Egyptian Spy Who Saved Israel. Capably directed by Ariel Vromen, with Marwan Kenzari and Toby Kebbell starring in exceptional performances, the sturdy film doesn’t attempt to be more than it is, living through the complicated backstory.

Most of The Angel leads up to events in 1973 before combined Egyptian and Syrian forces launched an attack on Israel on the holy day of Yom Kippur. Most of Israel and the rest of the world were caught off guard by General Anwar Sadat’s timing of the attack. However, Israel’s intelligence agency, Mossad, already possessed critical information of what was coming—from Ashraf Marwan, a connected Egyptian with muddled motivations.

The film recounts details of the story of Marwan, a government official who became a double agent also working for the Israeli government, in a messy effort to bring peace between the two countries. Kenzari plays Ashraf Marwan, who’s married to President Gamal Abdel Nasser’s daughter, Mona. Though capable, Marwan puts himself in compromising positions with his penchant for gambling and socializing. Nasser makes it known he disapproves of his marriage to his daughter.

Here, the film pinches Marwan’s contempt for his father-in-law together with his magnanimous desire to maintain Middle Eastern peace. As Bar-Joseph’s book states, Marwan, incredulously, did make initial contact with Israel from a London phone booth.

Then there’s the constant, somewhat cliched use of the fable, “The Boy Who Cried Wolf,” centered around the fact that the first two tips he gave his handler, Mossad agent Danny Ben Aroya (Kebbell), didn’t turn up. The third, the Yom Kippur surprise, would prove profoundly consequential. The best parts of the film center around the magnetic interactions between Kenzari and Kebbell, as their chemistry creates resolute stability. Hopefully, the pair will appear on film together in the future—that’s how strong their synergy runs.

The talented Vromen, of course, tells The Angel from an Israeli standpoint; however, the certainty is that there’s no consensus in Marwan’s allegiances. His deception has proved so durable that both Egypt and Israel claim him as a national hero. Also a bit unusual was the extremely lazy movie separation of Marwan and his wife, Mona. Division never occurred in real life, and their relationship could’ve much better utilized for plot tension. David Arata’s script even pushes the meatier parts off the prescribed axis with some silly side chick/not side chick dramatics. But Arata, to the position, doesn’t make Marwan into an Arab Jason Bourne figure.

Ultimately The Angel works on its whole, largely on Vromen’s excellent direction and the stiff back of Kenzari, who turns in a masterful performance. The politics and messiness of the film aside, his interaction with Kebbell is must-see viewing.