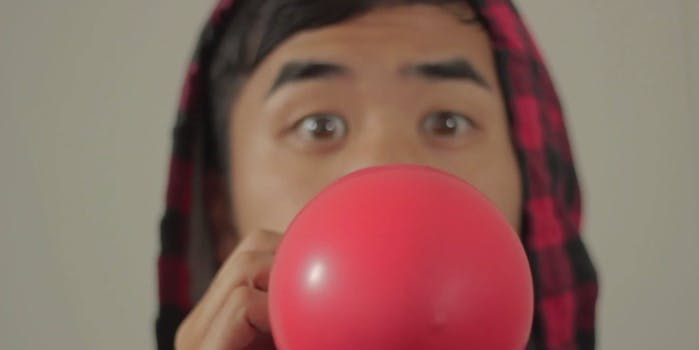 One of the most famous songs of the ’80s is getting a makeover.

For one of his song challenges, Andrew Huang took on “99 Red Balloons” (or “99 Luftballons”)—but this time he’s taking it literally by using a bunch of red balloons as musical instruments. If you’ve seen his cover of the Breaking Bad theme, you know he can do a lot with extreme limitations.

Gone are the synthesized sounds, but they’re just as easily replicated by releasing some air.

If you’re not singing along, you just might be doing something wrong.